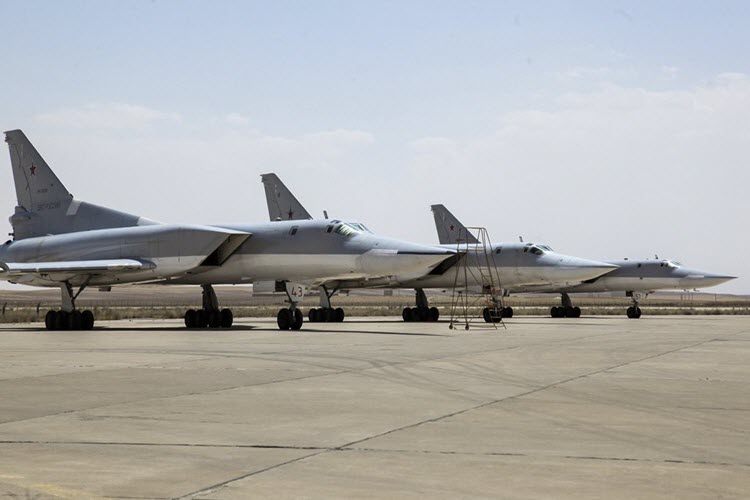 London, 2 Dec – Iran has granted permission for Russia to use one of its airbases to attack the Syrian Resistance forces if its aircraft carrier has to leave the Syrian coastline for another mission.

Viktor Ozerov, chairman of the defence committee in the Federation Council, said: “The necessity to use the airfield of the airbase in Hamadan could emerge if Admiral Kuznetsov carries out another operation and [Russia] will not be able to use it for airstrikes against terrorists [read: the democratic opposition to Assad’s dictatorship] in Syria.”

The Iranian Defence Minister Hossein Dehghan agreed that Russia could be allowed to use Hamadan in order to attack Syria’s opposition forces, much like it did in August.

Hossein Sheikholeslam, an advisor to Iran’s foreign minister, said: “If the situation demands it like it did in August, we’re ready to allow Russian warplanes to take off and refuel at this airfield.”

Although reportedly Iran was uneasy about that arrangement as the Iranian constitution doesn’t allow foreign military forces to be kept in Iran.
Sheikholeslam said: “I’d like to emphasize that Iran never gave to Russia full control over the Noje base in Hamadan. This airbase belongs to Iran and all activities at the base are controlled by Tehran.”

The Russian Aerospace Forces began their attacks on Syria Resistance Forces in September 2015, at the request of Syrian dictator Bashar al-Assad.

AFP: Iran has expelled a German diplomat, the foreign...

Cambodia to sign cooperation deal with Iran on oil

Reuters: Officials from Cambodia are to travel to Iran...