Iran Elections Will Not Bring Change 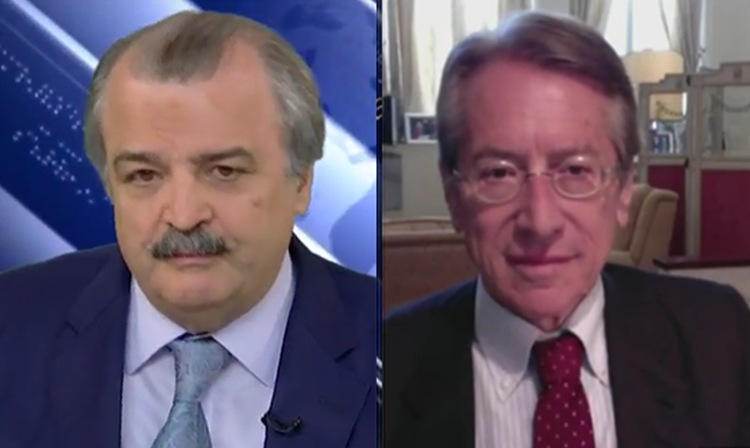 London, 9 May – The Iranian Elections will bring no change for the people of Iran and no change to their support for terrorism but it could be the beginning of the end for the Regime, especially if the US Senate passes more sanctions against the brutal mullahs.

The election, set to be held on May 19th, was a major topic of discussion for Regime critics in Paris this week.

Giulio Terzi, a former Italian foreign minister, and Mohammad Mohaddessin, who chairs the foreign affairs committee of the National Council of Resistance of Iran (NCRI), assessed that it will not matter whether the so-called moderate incumbent Hassan Rouhani or the “hardline” cleric Ebrahim Raisi wins, because neither of them has the power to change domestic or foreign policy.

Terzi even called the outcome of the election “irrelevant” because all of the power lies with Supreme Leader Ali Khamenei.

Terzi and Mohaddessin argue that the differences between the two candidates are small but their similarities are huge: both have presided over the executions of thousands of political prisoners, both support a theocracy rather than a democracy, and both are essentially the lapdogs of Khamenei.

Mohaddessin pointed out the Raisi was a member of the Death Panels which sent 30,000 political prisoners, mainly members of the People’s Mujahedeen Organization of Iran (MEK), to their deaths in 1988.

While Rouhani was not on the Death Panels, he has been in the decision-making centres of the Regime since 1979 and is “directly involved in all of the crimes of the regime”.

Terzi said: “The imminent presidential election will change very little of the true nature of the autocratic regime – a regime which is violent against its own people and is driven by a messianic vision of domination in the whole region and beyond.”

Over the past 38 years, there has been no change in the Regime policies, so why should we expect it now?

However, there may be hope on the horizon.

Terzi argued that US policy review has the potential to weaken the Regime; indeed, it’s already causing foreign banks to reconsider doing business with Iran and if their economy were to take a tumble, then the Regime would not be far behind.

Terzi said: “The more a dictatorial regime has problems with its economy and social stability, the more it radicalises.”

The sanctions relief that the Regime currently enjoys only benefits the elite, so the international community should not feel bad about increasing sanctions again.

Will Syria Ever Be Able to Get Rid of Iran?