Could Iran Elect Its Own Tyrant? No- the Supreme Leader Is Not Elected 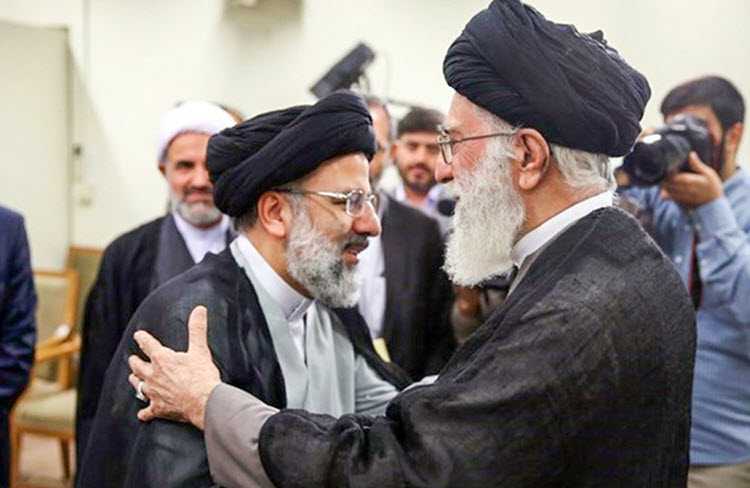 London, 18 May – A lot has been said about the Iranian elections but far too many think-pieces and op-eds are focusing on the differences between the two main candidates without identifying that that real power lies not with the President, but with the Supreme Leader, Ali Khamenei.

But still, let’s address the front runners in Friday’s ‘elections’.

Many commentators rightfully point out that candidate Ebrahim Raisi, was on the 1988 Death Commissions which signed the death warrants of over 30,000 political prisoners including pregnant women and juveniles. They correctly assess that his crimes against humanity make him unfit for public office and that his only chance to speak before world leaders should be at his trial in the Hague.

The latest of these reports comes from John Allen Gay in the National Enquirer, who makes the mistake of believing in the hardliner v moderate narrative that the Iranian Regime is trying so hard to present.

He wrote: “In the medium term, Raisi’s rise would leave the moderate camp with a severely diminished voice in the Iranian power structure, a distortion that could raise the risk of upheaval. And in the long term, a Raisi victory would boost the likelihood that the former death panellist would become the next supreme leader. Even in the sorry history of the Islamic Republic, a win by Ebrahim Raisi would be a step back.”

However, what most do not point out is that Hassan Rouhani, the incumbent president, is no moderate. He have overseen the executions of nearly 4,000 prisoners (mainly political and non-violent) during his tenure, that he has led a crackdown on any sort of political protests and that arrests for so-called morality violations (like attending a mixed-gender party, improper veiling, or riding a motorbike) can lead to flogging and fines.

To his credit, Gay did correctly report that the President does not have the power to change much and that Iran would remain the world leader in executions per capita, regardless of the election result.

He wrote: “Much of the regime’s foreign and defence policy rests beyond the authority of the president, and is instead in the hands of the supreme leader and the Revolutionary Guard.”

The truth is that the Iranian Regime will not change, while the Supreme Leader holds unchecked power. It is those appointed by Khamenei who select the candidates for President and they will only select people that he wants to run, eliminating the idea of an opposition.

The only real opposition to the tyrannical will of the Iranian Regime is the Resistance Forces, led by Maryam Rajavi, who unlike the Iranian President is actually elected. The international community must work with the Resistance in order to achieve substantial change for the people of Iran.

Bush: Iran must not have a nuclear weapon