Rouhani’s Presidency Could Be the End of the Iran Regime 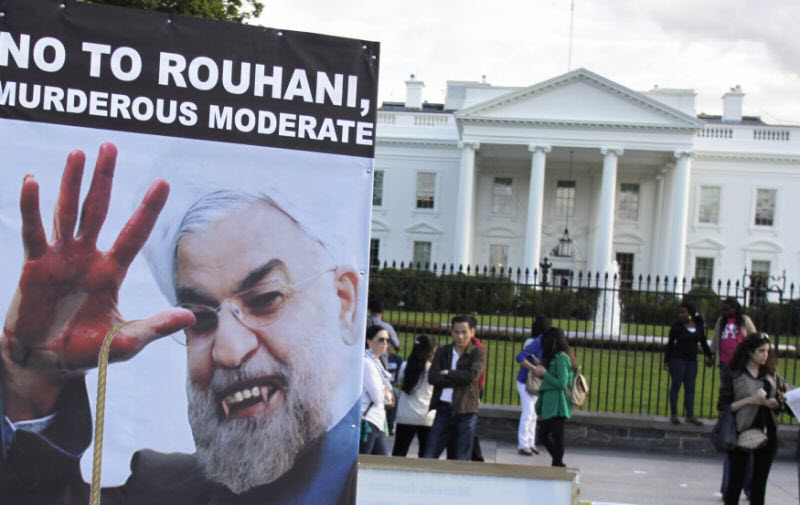 London, 23 Jun – Reports of the divide between the regime factions, which is based only on a struggle for power and not the moderates v hardliners myth that is so often cited, mean that Hassan Rouhani’s “election” may well spell the end of the Iranian Regime.

When incumbent President Rouhani was announced as the winner in the recent Iranian “elections”, it caused quite a stir around the world.

Ali Safavi, a member of Iran’s Parliament in Exile and the National Council of Resistance of Iran, wrote an op-ed for the Raddington Report on why Rouhani’s presidency will not save the crumbling mullah’s regime but only hasten its downfall.

He wrote: “Usually, the hope is that after an election a country can move forward, the new leader’s agenda bolstered by a popular mandate. That is not the case with Iran. Hassan Rouhani’s second term as president was far from a win for Iran’s economy, Iran’s international standing, and certainly not for Iran’s people.”

It was well known that Rouhani did not have the approval of Supreme Leader Ali Khamenei and it was predicted that Khamenei would fix the elections to Ebrham Raisi, a Death Commission member that sent 30,00 members of the political opposition group, the People’s Mojahedin Organization of Iran (PMOI/MEK) to their deaths in 1988.

In the end, Khamenei was too scared of public outcry and mass protests, as seen after the 2009 elections, to go through with his plan.

Safavi wrote: “Given the current circumstances at home and abroad, it is crucial for Supreme Leader Ali Khamenei to consolidate if he is to maintain his regime’s balance and weather out the near-daily crises that Iran faces. Khamenei’s failure to manipulate the election so as to make usher Ebrahimi Raisi, his chosen candidate, into the presidential palace was a major defeat which does not bode well for his regime’s longevity.”

That is not to say that the public support Rouhani, they see him as a corrupt man who bankrupted the economy despite receiving sanctions relief from major countries, who has the blood of nearly 4,000 executed citizens on his hands, and who cannot account for his whereabouts during the 1988 massacre of the MEK.

Safavi wrote: “In his first term, the Iranian people endured a harsh crackdown marked by a spike in executions unprecedented in a quarter century, and economic misery; the region saw increasing interference, violence and conflict…As for the cash, it was spent to fuel wars in the region and increase the budget of the military/security apparatus. Rouhani’s empty promises will only exacerbate the infighting within the regime — already aggravated by the campaign — and fall flat in the face of Iranians’ expectations and demands. Mandate or no, he will fall short of altering the foundations, structure and behaviour of the regime.”

Most Iranians sat out the elections in protest that the real opposition, Maryam Rajavi and the Iranian Resistance, were not allowed to run. Rajavi acknowledges that Iran’s problems will not be solved until the Regime is overthrown.

Iran does not have the right to enrich uranium – US official

AFP: Iran does not have the right to enrich...