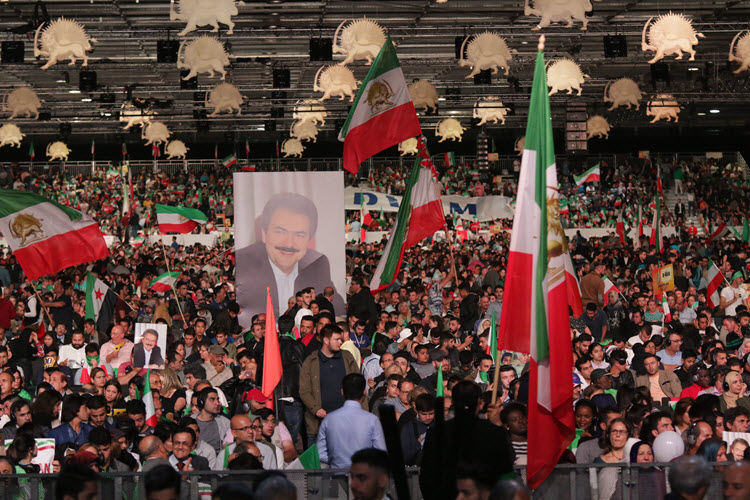 London, 15 Jul – When US Secretary of Defense James Mattis made remarks regarding the importance of regime change in Iran, it provoked extreme reactions from the Iranian regime.

Mattis’ recent remarks is another episode in a series of such statements. US Secretary of State Rex Tillerson first raised the issue of peaceful regime change at a congressional hearing on June 14th. On July 7th, John Bolton, former US ambassador to the UN said the solution for the Middle East is regime change in Iran. US President Donald Trump and US Ambassador to the UN, Nikki Haley, have made very similar statements.

After only 6 months into its term, the new US administration’s positions and actions in regards to Iran is causing the regime to express its concerns through its media.

According to a recent article by Mahmoud Hakamian, there are two reasons Mattis’ remarks had such a powerful effect, “One, the very nature of such words emphasizing on regime change, and two, such a senior US official making these remarks.” He adds, “When the US Secretary of Defense, being a member of the President’s national security team that decides on policies, emphasizes on regime change in Iran, it is obvious how important the matter is. Why didn’t Iran simply react through a few words from its Ministry of Foreign Affairs?”

In the words of the IRGC commander Mohammad Ali Jafari, this regime is actually a regional power, who boasts about the victory in Mosul as being possible only because of Iran’s efforts. Then, why have Mattis’ remarks been met with such vehemence?

The answer is, that remarks containing “regime change” is another version of saying “overthrow”, hitting Tehran in a sensitive spot: its instability.

The US Senate overwhelmingly approved major sanctions against Iran with a 98-2 vote. Meanwhile, White House Deputy Press Secretary Sarah Sanders stressed that the administration will continue its policy of increasing sanctions and pressure on Tehran.

Maryam Rajavi, leader of the Iranian opposition, was the keynote speaker for their annual rally on July 1st in Paris. Mrs. Rajavi emphasized on three major subjects:

1. The need to overthrow the Iranian regime

2. This necessity being in reach

3. Iranian regime has an alternative that could materialize this necessity

Tehran knows where the main threat comes from…

In an interesting side-note, on Tuesday, when Iran’s state TV was covering Mattis’ remarks, they unexpectedly aired the words of US Congressman Dana Rohrabacher, who emphasized the necessity of supporting the Iranian opposition.

The Hill: Last week the U.S. Under Secretary of...