Iran Sentences Four Christians to Prison for Ten Years Each 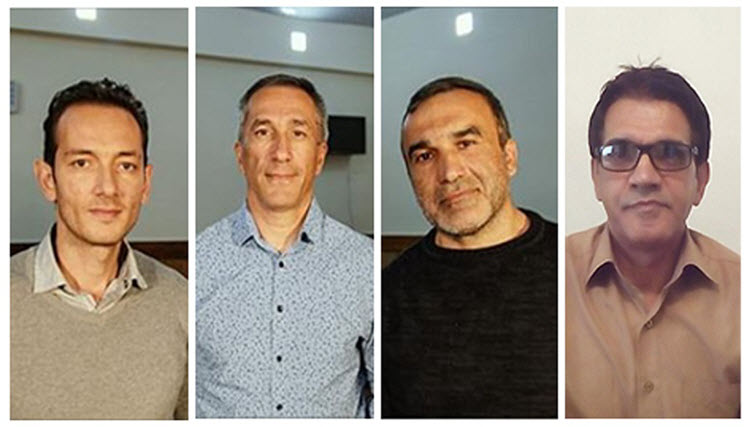 London, 15 Jul – Four Iranian Christians have been sentenced to ten years in prison each for “acting against national security.”

The 26th branch of the Islamic Revolutionary Court in Tehran has finally sentenced recent Christian convert Pastor Yousef Nadarkhani and three others to 10 years in prison.

As part of a series of raids by security service agents on Christian homes, Pastor Nadarkhani, along with Mohammadreza Omidi, Yasser Mossayebzadeh and Saheb Fadaie were arrested in their homes in largest city on Iran’s Caspian Sea coast, Rasht.

The men were summoned to the 26th Chamber of the Revolutionary Tribunal in June, where their church was accused by presiding Judge Ahmadzadeh, of receiving £500,000 per year from the British government, and that they would receive a verdict within 20 days.

Nadarkhani and the other non-Trinatarian defendants were accused of hosting house churches, promoting Zionist Christianity, unlawful gathering, propaganda against the regime, and violating national security by promoting Christianity.

Nadarkhani and the other defendants are members of a group called The Church of Iran. They are reportedly followers of William Branham, the famous American “Jesus Only” Pentecostal preacher of the 20th century.

Earlier, in May 2016, the Intelligence Ministry’s security forces attacked 10 church houses in the city of Rasht including a house where Nadarkhani, his wife Fatemeh (known as Tina), and three others were gathered for participating in a Christian ceremony.

Nadarkhani and his wife were released within hours, and three other new converts were freed later on $33,000 bail. Previously, Nadarkhani was also arrested for apostasy in September 2009 and kept in prison until August 2012.

All of the accused were present at the court when the verdict was delivered. According to law, it is subject to appeal within 20 days.

Additionally, Pastor Nadarkhan and Mr Omidi were given additional two years sentences to be served in exile in an exceedingly hot and harsh area in the south of the country.

Whether or not a sentence of eighty lashes each, for drinking wine during a Communion service, will occur or not for Mr Omidi, Mr Mossayebzadeh and Mr Fadaie, has not yet been decided on an appeal.

Christian Solidarity Worldwide [CSW], declared that its Chief Executive, Mervyn Thomas, said, “We are deeply disappointed by these excessive sentences, which are based on spurious charges and are clearly part of an intensified campaign of judicial harassment aimed at intimidating members of minority faiths.”

Mr. Thomas continued, “We reiterate that the national security charges leveled in all of these cases amount to the criminalization of the Christian community for exercising the right to freedom of religion or belief, and that this is occurring despite the fact that the Iranian constitution recognizes Christianity. We urge members of the international community to extend the sanctions still in place against Iranian individuals to include members of the judiciary who are implicated in ongoing and severe harassment and persecution of religious minority communities.”

AFP: Iran has made arrests over a scientist's assassination...