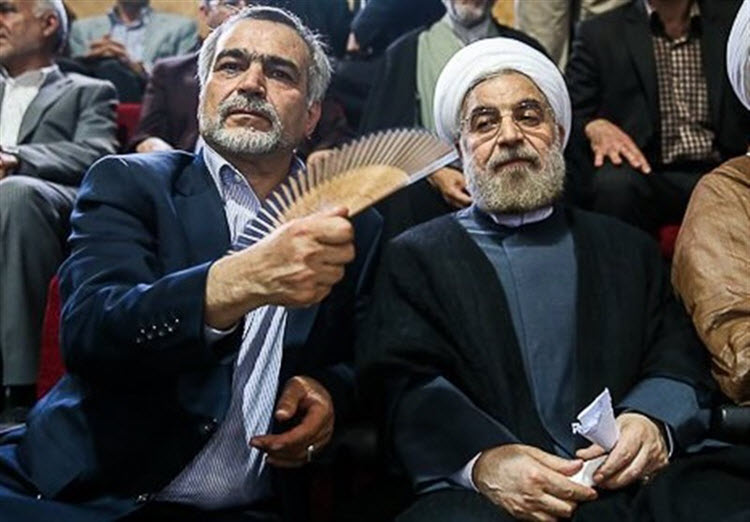 London, 19 Jul – The power struggle between the different factions in the Iranian Regime may have come to a head this weekend after the arrest of the President’s brother and the conviction of an American student for espionage.

According to the Washington Post, both of these events were timed to embarrass Iran’s President Hassan Rouhani at home and abroad.

Behnam Ben Taleblu, an Iran analyst at the Foundation for the Defense of Democracies in Washington, said: “[Princeton graduate student, Xiyue] Wang’s sentencing by the Iranian judiciary is yet another indicator that the [Supreme Leader is] the one who set the direction for Iranian domestic and foreign policy.”

While Suzanne Maloney, a senior fellow and expert on Iran at the Brookings Institution, said: “[Targeting Hossein Fereydoun, Rouhani’s brother], is a very convenient way to cause pain to the family without necessarily provoking a crisis of office.”

But while the factions are divided, it’s important that we assess why, because it isn’t for the reason that the Western media seem to think. Simply, there are no moderates in the Iranian Regime; the Supreme Leader, Ali Khamenei, would not allow it because that would pose a real threat to his rule.

While Rouhani may have made some grand promises about reform, diplomacy, and openness during his re-election campaign; it is important to look at his past behaviour.

The man is no moderate.

The real reason for the divide in the Regime is a desperate power struggle between the parties who want to become Supreme Leader, a position which has unrivalled and unchecked power. Khamenei has terminal cancer and soon the Regime will be looking for a new Supreme Leader, but the question is who.

As President, Rouhani stands a good chance but Khamenei doesn’t like him, indeed threatening him with impeachment and exile. Instead, Khamenei wants Ebrahim Raisi- who was on the 1988 Death Commission- to take his place, which is why he fought to make Raisi President in the recent “elections”. Trouble is, the rising discord among the Iranian people made Khamenei fear widespread protests if he engineered the election to put Raisi in power.

The Iranian Regime also faces numerous domestic and international crises including the water shortage and impending drought, the ongoing Syrian Civil War, and the increased sanctions from the US regarding the ballistic missile programme which Iran is operating. The reality is that any money the Regime gets does not help fix the water crises for the ordinary people of Iran; it gets frittered away into foreign conflicts and missile launches.

The international community should recognise that the only way to get a moderate in charge of Iran, is to support regime change.

Bush: Iran, Syria must be held accountable for terror ties