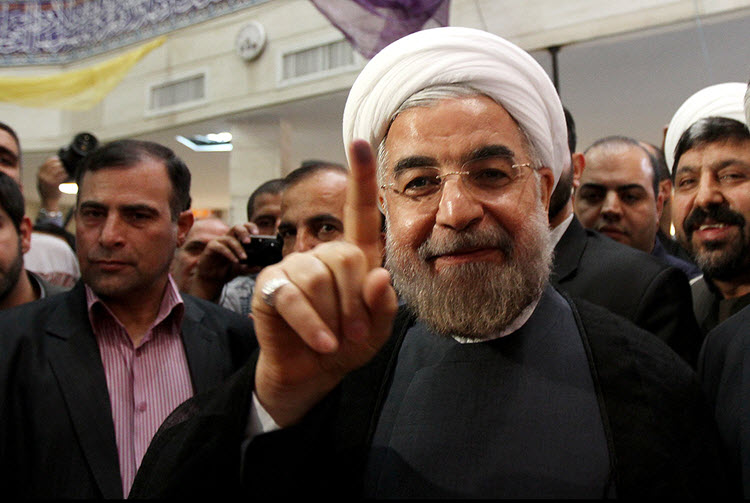 London, 30 Oct – In 2013, Iranian President Hassan Rouhani promised to improve the everyday lives of the Iranian people within the first 100 days of his presidency and 100 days following his take over, he declared that he had achieved this.

This declaration was as much a lie as his promises were. He hadn’t achieved this by the end of his first term in office, let alone at the 100-day mark.

In 2017, he made similar promises and now, as we close in on the 100-day deadline, Iran analyst Taher Khaljani assessed on Zamaneh Media that it is doubtful that Rouhani will achieve these promises in the little time he has left, if he ever intended to at all.

Among the hundreds of promises that Rouhani made were:

• diverting development focus from the capital to provinces

• filling leadership positions based on merit rather than nepotism

• tackling the problem of addiction

• ending the house arrest of the opposition leaders

• full commitment to the constitution

• defending freedom of press and media

As food prices spike, many Iranians struggle to make ends meet and have to slash their food budget dramatically by turning to vegetarian dishes, cutting out all forms of protein, and turning to processed food.

This has dramatically affect the health of the average Iranian, contributing to an epidemic of diabetes, digestive disorders and osteoporosis.

Due to the rising costs of food and other expenses, many Iranians have no money left over to save for a house and most report mortgage payments as being the same as their monthly income.

In the last ten years, there has been a 700% increase in housing costs, so for many Iranians home ownership is completely out of reach. A lack of jobs and even more severe lack of decently paid jobs, means that many will never be able to own a house.

Even renters, which make up a third of the population, spend 60% of their wages on rent alone as housing law favours the landlord.

There has been no improvement in the economy- in fact the value of the Iranian touman has fallen against the dollar yet again. The poor economy means that Iran is still seen as a high-risk investment for international businesses.

Government corruption is still a major problem in Iran.

There were 11,000 protests across Iran in 2016 alone over unpaid wages of workers, imprisonments of prisoners of conscience, restriction of press freedom, government corruption and so much more.

Still the government will not meet their demands and it feels like any political activism is being criminalised.

Although many activists are increasingly active, especially via the encrypted instant messaging app Telegram, there are some who have been so repressed that they hope that the death of Supreme Leader Ali Khamenei will improve the situation.

Rouhani can say what he likes in his address, but it is important to note that he has not improved the lives of his people one bit.