Iran Seizes Great Swathes of Land in Iraq and Syria 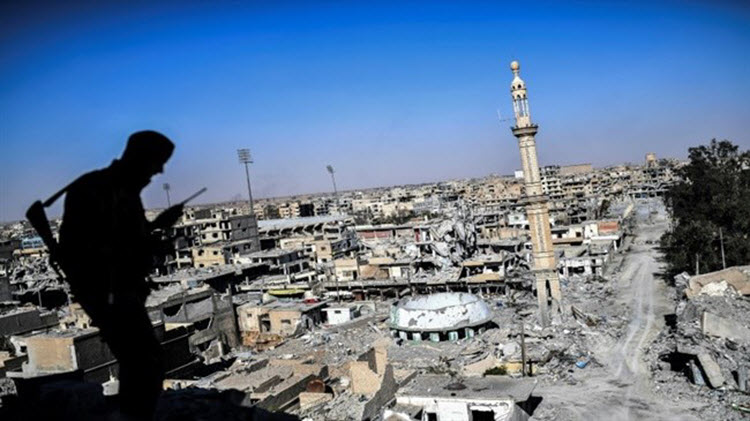 London, 30 Oct – For months now, Middle East experts have been warning that Iranian-backed militias would set out to steal land, recovered from ISIS as part of a joint mission, along the Syria-Iraq border.

As it turns out, these predictions weren’t strong enough.

The proxies of the Iranian Regime have stolen almost the entire Iraq-Syria border zone, stretching almost all the way from the northern border with Turkey to Iraq’s Anbar province in the south.

Their biggest land grab occurred just last week, when Kurdish forces withdrew from disputed territory that they reclaimed from ISIS after receiving threats from Qasem Soleimani, the commander of the Quds Force of the Iranian Revolutionary Guard Corps (IRGC).

Western politicians said there was nothing to worry about and that all lands would be redistributed properly once the threat from ISIS was neutralised but Iran has other ideas.

They made a push for Makhmour- near the Kurdish capital of Irbil- but were thankfully pushed back. However, their Al-Hashd Al-Shaabi and Hashd (which includes the Badr, the Imam Ali Brigades and the Hezbollah Al-Nujaba) units have stolen territory all along the Iraq-Syria border over the past few days.

Why would Iran feel that it can seize these areas with impunity? Simply, a lack of attention and outrage from the international community.

Baria Alamuddin, an expert in foreign policy, wrote on Arab News: “Tehran has concluded that the world is unwilling and unable to restrict its freedom of manoeuvre… When we see an abandonment of even the pretence of a serious international process to address crises in Syria, Libya and Yemen – we perceive a global system of Might is Right that has long since lost its moral compass in enforcing international justice.”

She addresses that throughout the world, many of those who could contain Iran, are not doing so.

Even Iraqi Prime Minister Haidar Al-Abadi, who was seen as an opponent to Iranian influence over his country, has been manipulated into being the figurehead for the Iranian siege of the Kurds and into bashing US Secretary of State Rex Tillerson.

The Iranian Regime’s strategy for seizing the entire Syria-Iraq border zone fulfils several of Iran’s goals including setting up pro-Iran forces to recapture eastern Syria and opening up a series of key land routes from Tehran across the Middle East so that the Regime can smuggle weapons, money, and troops to their terror proxies.

This callous abandonment of the Kurds and the people of Iraq and Syria to the whims of the Iranian Regime by the international community, will have far-reaching consequences.

Alamuddin wrote: “One doesn’t have to be a fortune-teller to realise that recent events will define patterns of conflicts and tensions for decades to come… it is this vacuous rhetoric in the absence of coherent policy – or even elementary-level understanding of these developments – that is emboldening bully states such as Iran, North Korea and Putin’s Russia to walk all over us and redefine the global balance of power for decades to come.”

AP: Each day, the boulevard in this port city...