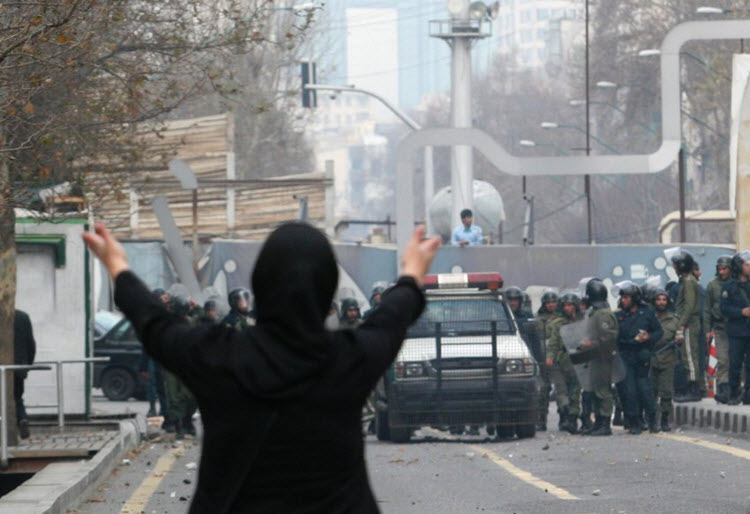 London, 7 Nov – Iran has been a destructive force in the Middle East for decades, using proxy militias like Hezbollah, Hashd al-Shaabi, and Hamas to destabilise the region in order to gain eventual control, but since the recent Iraqi Kurdish independence referendum, the Regime has become even more blatant.

They are promoting strife in Iraq (by encouraging the Iraqi government to go after the Kurds) and showing the US how much influence Iran has over the Iraqi government by having Qasem Soleimani, the head of the Quds force (a militant branch of the Islamic Revolutionary Guard Corps, IRGC), appear in photos of the siege, after US Secretary of State Rex Tillerson told the Iran-backed militants to “go home”.

The Iranian Kurds, who celebrated the referendum result, were viciously attacked by the Regime and over 700 civilians were detained.

That is because the biggest threat to the survival Iranian Regime is the people of Iran, which is why the Regime is keen to distract international attention to whatever crisis they can and suppress the voices of Iranian dissidents wherever possible.

The Regime consistently attacks anyone who opposes them, is perceived as a threat to them, or is different from them:

However, there are many from around the world who recognise, the support for the Iranian Resistance is the Regime’s Achilles’ heel.

At the UN General Assembly in September, both Donald Trump and Benjamin Netanyahu made speeches in favour of the Iranian people and their popular resistance while warning that Irans influence over the Middle East must be curbed.

Trump said that “the Iranian regime’s longest-suffering victims [are] its own people”, while Netanyahu said to the “people of Iran: You are not our enemy; you are our friends. One day, my Iranian friends, you will be free from the evil regime that terrorizes you, hangs gays, jails journalists, [and] tortures political prisoners”.

Could this mean that soon the US and Israel will support Regime Change in Iran?

Most of the Iranian people do not support the Regime, as shown by the pitiful Twitter campaign launched by Iran’s Foreign Minister Javad Zarif to show unity with the IRGC after Trump introduced terrorism sanctions against them. The people instead cited that the IRGC terrorized Iranians and many more people across the Middle East.

Elodie Sellar wrote on Fair Observer: “Iran knows that it’s most concerning weakness and challenge lies in domestic, not foreign, destabilization. It has therefore resorted to taking a much more openly aggressive stance in asserting its power in the region as its long-term challengers — Israel, America and its own Kurdish minority — have apparently turned to more openly seeking to gaud Iran’s weakest point.”