Huffington Post Must Stop Publishing Propaganda Against PMOI/MEK for Iran 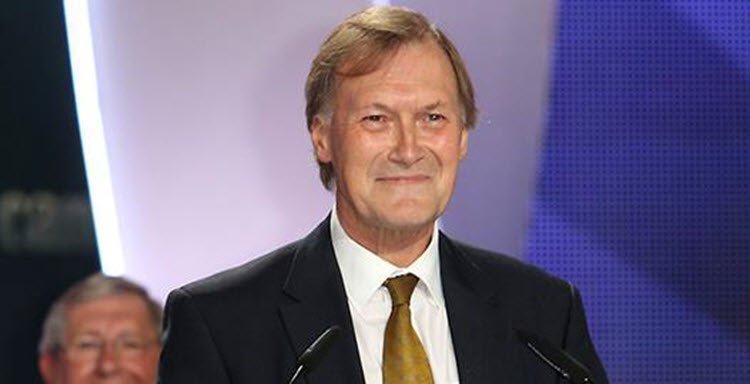 London, 19 Dec – A Conservative lawmaker from the United Kingdom has written a blistering rebuke of “baseless accusations” made against Iran’s democratic opposition group, the People’s Mojahedin Organisation of Iran (PMOI/MEK) by Massoud Khodabandeh, a mouthpiece for Iran.

Sir David Amess MP, wrote a letter to the Editor-in-Chief of the Huffington Post, Polly Curtis, about Khodabandeh’s many articles attacking the PMOI/MEK which are factually inaccurate at best.

Amess said that it was “regrettable” that The Huffington Post allowed itself to be “abused” in this way, given that Khodabandeh’s has published many hit pieces against the PMOI/MEK in the past year.

Khodabandeh and his wife, Ann Singleton, are stringent European advocates for the mullah’s murderous regime and have attacked and defamed the PMOI/MEK for at least a decade. They were cited in a 2007 report by the British Committee for Iran Freedom for their malign activities against the PMOI/MEK at the behest of Iran.

Amess wrote: “If one did not know better, one would think that The Huffington Post aims to attack Iran’s organised opposition and back the Iranian regime’s ongoing campaign to tarnish the PMOI’s image and reputation on the international stage.”

He highlights that the company that Khodabandeh claims to belong to is no longer in existence; although a bigger issue for fact checkers in undoubtedly the lies Khodabandeh wrote about the PMOI/MEK.

Amess wrote: “ This is a serious error given the prevalence of fake news and the increasing public debate on the use of deceptive and false reporting, especially by authoritarian regimes who seek to mask the truth, justify crackdowns on dissidents and defame the legitimate opposition [the PMOI/MEK.”

Indeed, these pieces on The Huffington Post only lend credibility to the Regime’s slanderous accusations against the PMOI/MEK which are published daily in the Regime’s propaganda machine of media agencies affiliated with the Islamic Revolutionary Guard Corps (IRGC).

The Iranian Regime uses the media as a tool of oppression against its dissidents and HuffPo is now effectively complicit in Iran’s oppression of the PMOI/MEK and many other human rights abuses.

The Regime’s demonising campaign has real and damaging consequences for members of the PMOI/MEK and those around them; persecution, imprisonment, torture, execution await the PMOI/MEK members under the Regime.

In order to make this right, the Huffington Post needs to stop Khodabandeh from using the platform to attack the PMOI/MEK or, at the very least, allow the PMOI/MEK the right to respond.

Amess wrote: “It is vital that you do not allow Iran and its affiliates to abuse The Huffington Post’s respected platform to advance their propaganda against Iran’s legitimate opposition [the PMOI/MEK].”

Reuters: Iran should wean itself off sales of its...