Why Is the IRGC Reviving Street Patrols in Tehran? 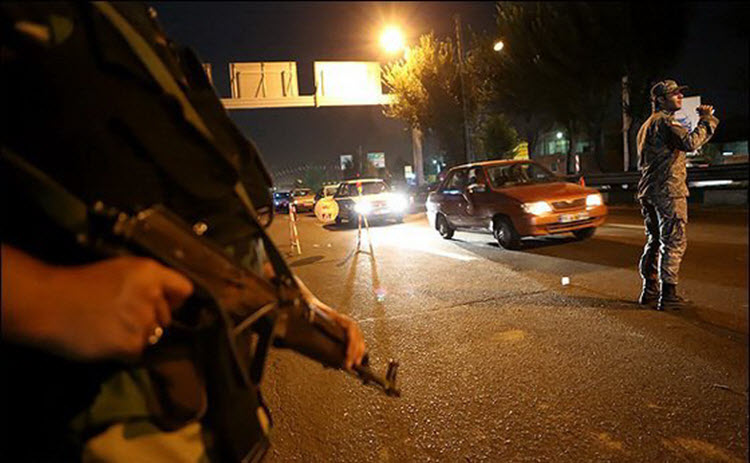 London, 27 Dec – Announcing the revival of IRGC street patrols “to fight thugs and theft” was a surprising move by Iranian Brigadier-General Mohammad Reza Yazdi , deputy commander of the Islamic Revolutionary Guard Corps (IRGC). The patrols that had been routine during Iranian Revolution of 1977-79, and in wartime would be back.

A debate about public safety and the IRGC’s role in Iran ensued. People reportedly asked, “Is the country so unsafe that it needs armed IRGC soldiers to roam the streets?” They wondered why, if the country is so unsafe, the police weren’t addressing the problem. Allegedly, some worried that the IRGC street patrol might be an example of its rivalry with other government entities.

In his address to the Tehran City Council, Yazdi likened narcotic addiction, as well as “poverty, divorce and other social ills” to “earthquakes shaking Tehran every single day and ruining homes and families.” He said that the IRGC street patrols would counter these threats.

However, the IRGC decision was not said to be authorized by the Su¬preme National Security Council or other authorities. Likewise, it was apparently not coordinated with the police, and complaints quickly followed. The “Greater Tehran Law Enforcement Forces [have] not asked any institution for assistance,” Interior Ministry spokesman Salman Samani said. As well, Interior Minister Abdolreza Rahmani Fazli said, “We do have laws and regula¬tions for such things and the clear principle is that the Law Enforce¬ment Forces are entrusted with the responsibility of securing law and order in cities and in the countryside.”

Supporters of the IRGC defended the decision. The chairman of parliament’s National Security and Foreign Policy Committee, Ala al-Din Boroujerdi, insisted that the IRGC’s street pa¬trol scheme is “coordinated with the Law Enforcement Forces” and “the people feel calmer” with the IRGC roaming the streets.

However, not everyone feels that way. Nemat Ahmadi, a prominent lawyer, said that “rather than making the public feel calm, it reinforces a sense of insecurity.” He added, “Public opinion thinks some¬ thing has happened in the coun¬try and the Law Enforcement Forces are incapable of securing law and order. Otherwise, what need is there for the authorities to establish [IRGC] street patrols?”

While the IRGC may perceive itself as the defender of order, others see it as an opportunity to use street patrols to tackle political rivals.

Los Angeles Times: Security forces continue to round up...