Despite Censorship, social Media Is Vital in Iran Protests 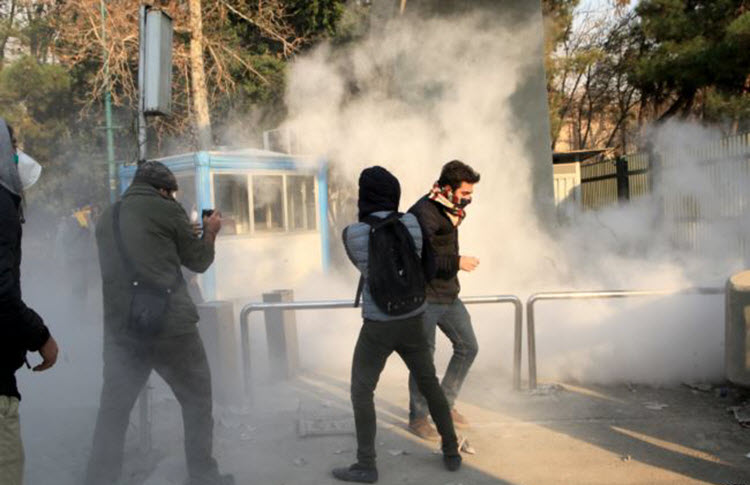 London, 5 Jan – Social media is playing an ‘extremely important’ role in the current Iranian protests, despite censorship efforts by the Iranian Regime. The fact is that internet access has grown significantly over the last ten years, which is why social media is playing such a big part in these protests in a way that it didn’t in the 2009 uprising over the disputed election result.

Although Iranians were indeed using Twitter to communicate in 2009, they were mainly communicating with the outside world rather than with each other. This time, it’s different.

It’s no exaggeration to say that this time, technology really is playing a central role in allowing people to organize, share information with each other.

These protests began on December 28, over the sharp rise in the cost of living but have expanded to a wide-ranging anti-regime protest. So far, at least 21 people have been killed and 450 arrested.

In response, the Regime shut down social media sites that the protesters were communicating through.

When one thinks about the events last weekend in Mashhad and how quickly they were followed up the next day in dozens of far and near cities of Mashhad, one can only surmise that social media played a huge role in disseminating that news and motivating other protesters to be out there within 24 hours.”

It is notable that it isn’t a case of a few channels or posts going viral but of everyone talking amongst their friends that has caused the movement to grow so fast and so far.

The app that is most used by ordinary Iranians is Telegram- because of its end-to-end encryption feature that means that they have added security against the Regime. It is estimated that half of Iran’s 80 million citizens use the app.

Of course, many businesses also use Telegram which means that the restrictions are hurting the Iranian economy as well.

The Iranian Regime originally asked Telegram to put curbs on their service but when they didn’t, Iran blocked it and Instagram all together and reduced overall internet speeds.

In fact we can’t really know what the effect or the significance of Telegram is for these particular protests, but we can gauge the reaction of the authorities. Telegram has been popular since 2015, but it’s only been in the past few days that they’ve been really cracking down, becoming sensitive toward it.”

Many Iranian are getting around the block through the use of backdoor software and virtual private networks (VPNs) but not everyone is technically savvy enough to do this.

AP: Senior officials in the United Arab Emirates are...

Suffocating Iranians Under the Burden of Inflation

In Iran, under the rule of the ayatollahs, prices...