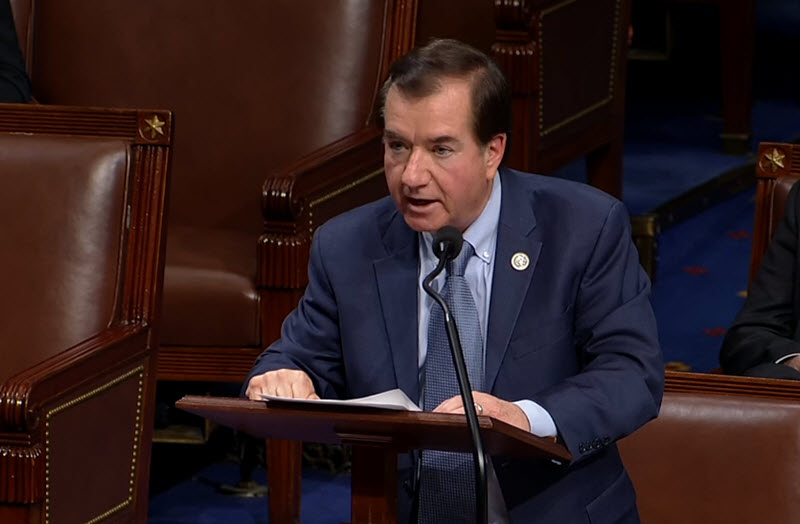 London, 10 Jan – The US House of Representatives overwhelming voted in favour of a resolution, on Tuesday, supporting the Iranian people’s right to freedom of expression in the widespread protests and condemning the Regime’s violent crackdown.

The 415-2 vote comes after almost two weeks on anti-regime protests in which at least 50 people have been killed and 3,700 imprisoned and potentially facing the death penalty.

Republican Representative Ed Royce, Chair of the House Foreign Affairs Committee, said: “With the passage of this resolution, we state that America stands with the Iranian people.”

The Representatives wanted to make clear that they were not targeting the Iranian people with their resolution, but the Regime.

Royce said: “In standing with the Iranian people, we must explain that they are not the target of our sanctions. U.S. sanctions target the oppressive destabilizing regime, not the people of Iran.”

This vote comes at a crucial time in US-Iran relations as the US must decide by January 11, whether or not to impose sanctions on Iran regarding violations of the 2015 nuclear deal.

Last week, Vice President Mike Pence said:”This president and this administration are absolutely committed to [continuing] to bring the full economic weight of the United States and these economic sanctions to bear on Iran. Now, we’re also working with the Congress to arrive at a new agreement, a new set of conditions for sanctions going forward.”

It is believed that lawmakers will seek a middle ground to address Trump’s concerns while preserving the deal.

While the nuclear deal is a partisan issue, having been made by President Barack Obama, the protests are incredibly bipartisan.

Representative Brad Sherman, a Democrat on the House Foreign Affairs Committee, said: “In this House, we are on both sides of the Iran nuclear deal, but we are united in knowing that Iran is not an ally of the United States, at least the Islamic Republic of Iran is not. And this House never agreed to ignore extreme human rights abuses simply because the government of Iran has agreed to limitations on its nuclear program.”

These current protests are much larger than the 2009 Green Revolution protest over a fraudulent election and encompass so many more issues; the economy, governmental corruption, human rights, foreign policy.

Donald Trump and many senior US politicians have tweeted support of the Iranian people’s fight for a Free Iran, for which Supreme Leader Ali Khamenei has criticised them.

The Regime has claimed that the protests are all but over. They are wrong. This is the beginning of the end for the Regime.

AFP: Iran's press watchdog has imposed a ban on...

Son of Iranian woman sentenced to death pleads to Lula

AFP: The son of Sakineh Mohammadi-Ashtiani, an Iranian woman...