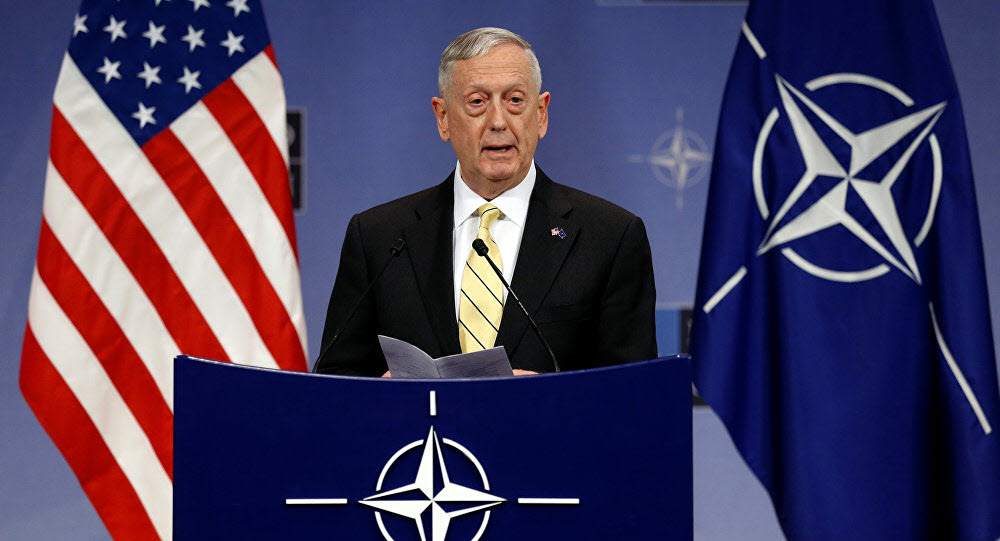 London, 10 Jan – The US Defense Secretary James Mattis has stated that the White House does not have any issues with the Iranian people, only with the Regime.

He also stated that the people of Iran clearly also have issues with the Regime, citing the widespread protests that broke out in the final days of 2017 as proof.

While speaking to reporters at the Pentagon, Mattis echoed other US politicians by voicing his support for the protests.

He said: “So the most important thing, I think, is it’s up to the Iranian people what form of government they have, and to say we believe that they should have the kind of government they want, and, right now, the regime senses that they’ve got a lot of people who aren’t buying this revolutionary regime’s act.”

These protests are the results of years of economic hardships for the Iranian people, brought on by the Regime’s corruption and regional meddling, that has disproportionately affected the young and the working class.

When the draft budget for 2018 was released, showing increased funding to the Regime’s terrorist Revolutionary Guards (IRGC) while cutting subsidies to the poor, the protests broke out.

Protesters have been chanting slogans like “death to [Iranian President Hassan] Rouhani”, “death to the dictator”, “[Ayatollah Ali] Khamenei, shame on you, leave the country alone”, and “People are paupers while the mullahs live like gods”.

Some were also chanting for a restoration of the Pahlavi monarchy which ruled until the mullahs took over in 1979.

Mattis said: “Clearly the Iranian people aren’t buying this revolution or export of their terrorism, or whatever the revolutionary regime people want to call it. They’re not buying it there at home. We’re not buying it internationally.”

The IRGC has blamed foreign enemies of the Regime (i.e. the US, the UK, Israel, and Saudi Arabia) for instigating the protests but the people who started the protests are Iranians living in Iran who cannot tolerate the Regime’s oppression anymore.

The IRGC has also claimed that the protests have been quashed, but that is simply not true. At least 50 people have been killed and 1,000 arrested during these protests and their revolutionary spirit is not going away.

Washington Times: An American pitch to get more countries...

Bloomberg: Iran may achieve the “critical capability” to process...