Iran Protests Are Far From Over 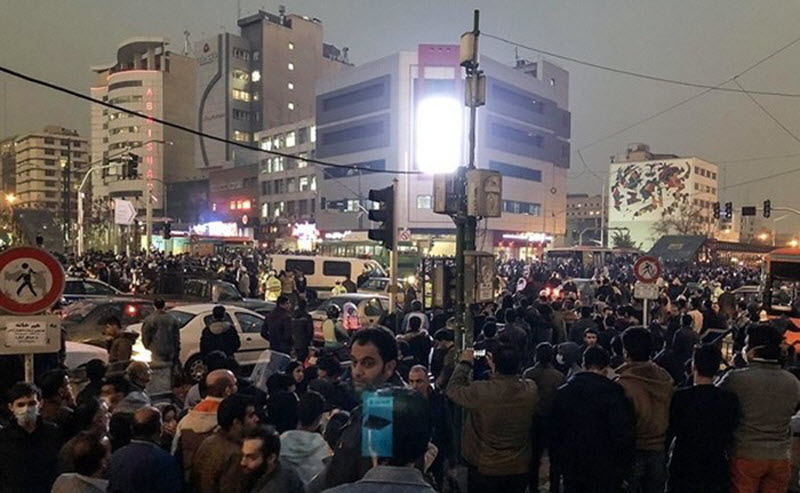 The recent widespread protests in Iran destabilised the Regime’s shaky grasp on power and no matter what the leading mullahs claim publically, this uprising is far from over and the Regime leaders should be very scared.

The Iranian people are still taking to the streets even after at least 50 people were shot dead by the Regime, over 8,000 have been arrested and threatened with the death penalty, and at least five have died under torture in prison. Simply, they want their freedom, even if they have to sacrifice their lives.

The Iranian people are angry at the Regime as a whole over widespread corruption, a bankrupt economy, and major human rights abuses, so they’re demanding regime change. Importantly, this is not just the resignation of President Hassan Rouhani- the Iranian people know that the root of all their problems is the Regime in its entirety, starting with Supreme Leader Ali Khamenei.

Often wrongly labelled a moderate in the West, Rouhani is nothing more than Khamenei’s latest puppet and the Iranian people can see through this guise. That’s why the protesters could be heard chanting “Reformists, principalists, end of story”; they know there is no difference between the warring factions.

Even those within the Regime who warn about taking the protests seriously are not concerned for the Iranian people; they are trying to keep the Regime standing against all odds. But there is no solution to this problem except for regime change.

Human rights activist Heshmat Alavi wrote on Al Arabiya: “Establishing stability has now become an illusion at best in Iran. This regime is strong on oppression but institutionally fragile. This is crucial for all ruling systems, considering their needs to modernize and become effective. Certainly, the regime has launched a major quelling. Yet the people are not showing signs of succumbing to the regime’s crackdown.”

In February, the Regime intends to hold more pro-regime rallies in Tehran and other big cities as a show of strength to celebrate their 40th year in power, but it is likely that the people will boycott these marches and hold their own anti-regime protests.

The worst thing is that the Regime could easily satisfy the Iranian people’s demands without further bloodshed, but they are simply unwilling to.

Alavi wrote: “Combined with the demonstrators’ antipathy, such an outcome has the potential of inspiring more protests. It is improbable that this simmering social movement will wait much longer to make its voice heard and demands met. Iran is a powder keg, waiting to explode at any moment.”

By Pooya Stone These days, approval or non-approval Financial...

AP: A classical violinist may have undermined the last...