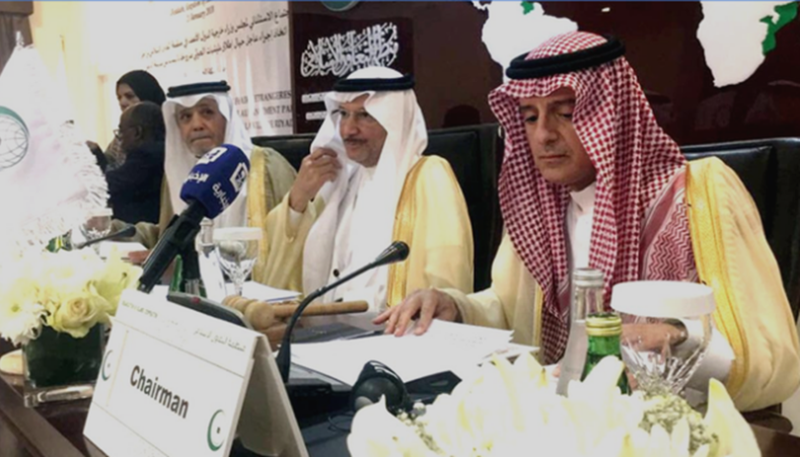 London, 22 Jan – The Iranian Regime is continuing to smuggle weapons and rockets to the Houthi militias in Yemen with the intention of them being used against Saudi Arabia according to Saudi Foreign Minister Adel Al-Jubeir.

Jubeir made these comments while addressing an emergency meeting of the Council of Foreign Ministers (CFM) of the Organization of Islamic Cooperation (OIC) in Jeddah on Sunday, January 21.

The meeting was about the overall situation in Yemen, including Iran’s destabilizing role in the country and the Houthi militia aggressive actions against Saudi Arabia.

OIC Secretary-General Yousef Al-Othaimeen criticised the Iranian-backed Houthis for both their actions against Saudi Arabia, the refusal to respond positively to efforts by the UN and regional players to peacefully resolve the crisis in Yemen, ongoing human rights violations, and the assassinations of the former Yemeni president and senior politicians.

He also expressed solidarity with Saudi Arabia and said that he backed any actions that they took to protect their sovereign land.

He said: “We must stand against all those who support terrorist militias.”

The OIC also criticised the Iranian Regime for supplying (and possibly directing) the ballistic missiles that the Houthis launched at Saudi Arabia, after the UN released evidence about the origin of the missile.

Akeel said that the Iranian Regime should stop its support for terrorist groups and stop trying to destabilise Middle Eastern countries.

At the same time, another meeting was being held to discuss political, security and humanitarian developments in Yemen.

The meeting attendees condemned the Houthis’ military actions along the Yemeni-Saudi border, the bombing of facilities and citizens inside Saudi territory, and the launching of ballistic missiles against Saudi Arabia.

The OIC reiterated its commitment to stand with Yemen’s unity, sovereignty, political independence and territorial integrity.

The OIC praised the Arab coalition countries for supporting the legitimate leadership in Yemen, the Yemeni people, and the peaceful reconstruction of Yemen, while rejecting malign foreign interference in Yemen’s internal affairs, specifically by the Iranian Regime.

The OIC called on its member states to step up its efforts to reach a diplomatic solution in Yemen, provide additional aid, and work to restore peace and prevent the country from becoming a hotbed for terrorism.