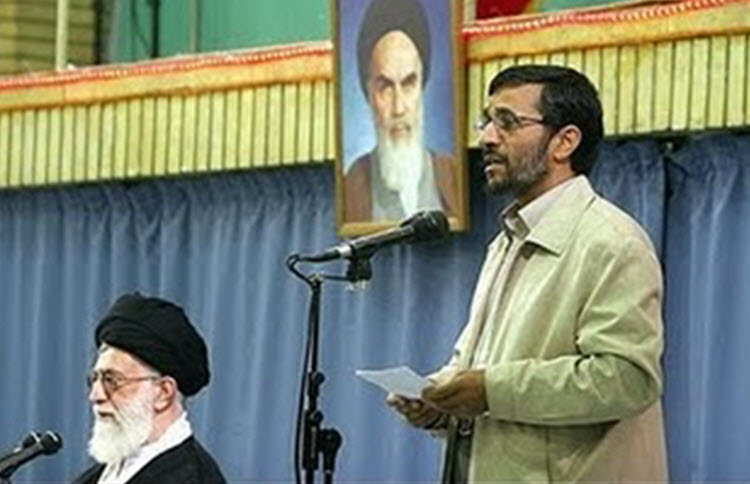 Ahmadinejad wrote: “An immediate and essential need is the holding of quick and free elections for the presidency and the parliament, of course without the engineering of the Guardian Council and interference of military and security institutions, so the people have the right to choose.”

During the 2009 unrest, Khamenei backed Ahmadinejad while dozens of protesters were killed and hundreds arrested by the country’s elite Revolutionary Guards Corps (IRGC).

The pair fell out in 2011, when Khamenei reversed Ahmadinejad’s dismissal of the minister of intelligence, claiming that the president has overstepped his power.

Ahmadinejad left office in 2013 and was succeeded by Hassan Rouhani who is still in power today. Rouhani promised sweeping economic and societal reforms, including preventing the IRGC from meddling in elections, but none of these have come to pass.

Rouhani also neglected to call for checks on the Supreme Leader’s powers, which Ahmadinejad brought up in the letter to Khamenei published on his website on Wednesday.

Ahmadinejad suggested that there needed to be “fundamental reforms” in the three branches of government – executive, parliament and judiciary – as well as the office of the Supreme Leader, but did not say what those reforms should be.

The fact is that no reform can take place in Iran under the current regime. Even if Rouhani did want to implement these changes- and there’s no evidence to suggest that he does- Khamenei would not allow him to and the president only holds the power that the Supreme Leader allows.

In a country where insulting the Supreme Leader is a crime, very few officials ever publicly criticise Khamenei, but be wary of seeing Ahmadinejad as a reformist.

As previously stated, there’s no such thing in the Iranian Regime. It is far more likely that he is playing to his base- conservative, small-town, working class, and rural poor- who are currently engaged in widespread anti-regime protests, which have seen the deaths of 50 protesters and arrests of over 8,000.

Ahmadinejad appears to be laying the groundwork for a political comeback, after being prevented from running in the 2017 elections, by calling for the release of political prisoners and the sacking of judiciary chief Ayatollah Sadeq Amoli Larijani.