What Is Next for Iran? 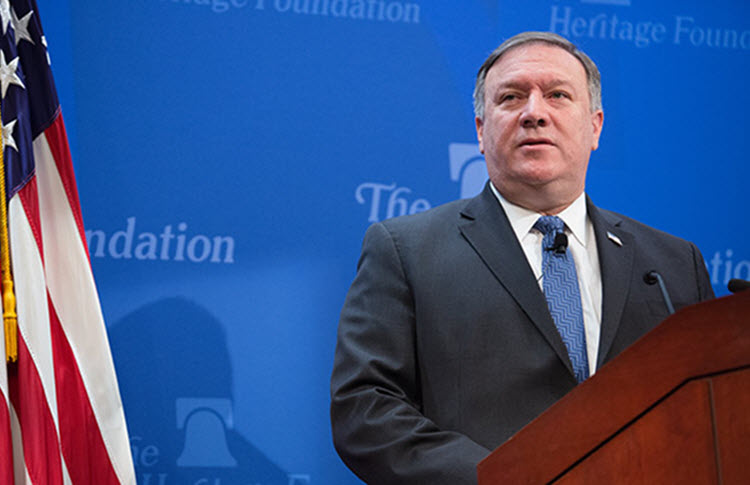 Furthermore, Pompeo listed the demands that the Trump administration has of the Iranian government.

Pompeo said that there are 12 “very basic requirements”. He said that Iran must declare to the IAEA (nuclear watchdog) the prior military dimensions of its nuclear program and abandon all work related to it. Iran is also required to stop enrichment and never pursue plutonium reprocessing. Iran must ensure that the IAEA has unhindered and unrestricted access to all sites in the country and it must end its ballistic missile proliferation. All American citizens and those of US partners must be released.

Pompeo also called on Iran to withdraw its forces from Syria and to end its support for terrorists like the Taliban in the region and to stop harbouring senior al-Qaida leaders. He also said that Iran should stop threatening its neighbours including US allies Saudi Arabia, Israel and the United Arab Emirates.

If Iran were to comply with the above, the United States, he said, would be willing to restore full diplomatic and commercial relationships and lift all sanctions.

From his speech, we can see that the United States has a definitive plan of action that is clear for all parties to see. The consequences regarding sanctions are clear and the ball is back in the US side of the court because Iran is well and truly stuck without Western money. The Iranian economy is continuing to suffer and the US is in control of its fate.

It is unlikely that Iran will immediately comply with the demands made by the Trump administration, but it is certain that it is feeling the pressure. As well as the international pressure it is receiving, the Iranian government is faced with great difficulty at home. The people have been calling for regime change and it appears that they will not let go until they have what they are after. Analysts predict that Iran will slowly ease up on its aggressive foreign policy.

It may put a stop to its nuclear activities quite quickly and it is unlikely that Iran will react aggressively. It has understood that Trump and his administration mean business, but it may well be hoping that pressure eases over time.

One thing is clear – Obama’s policies of appeasement no longer exist and Iran is going to have to change its behaviour whether it likes it or not.

Reuters: The head of Iran's judiciary ordered a careful,...

Now Iran is in Washington’s nightmares

The Globe and Mail: An election will be held...