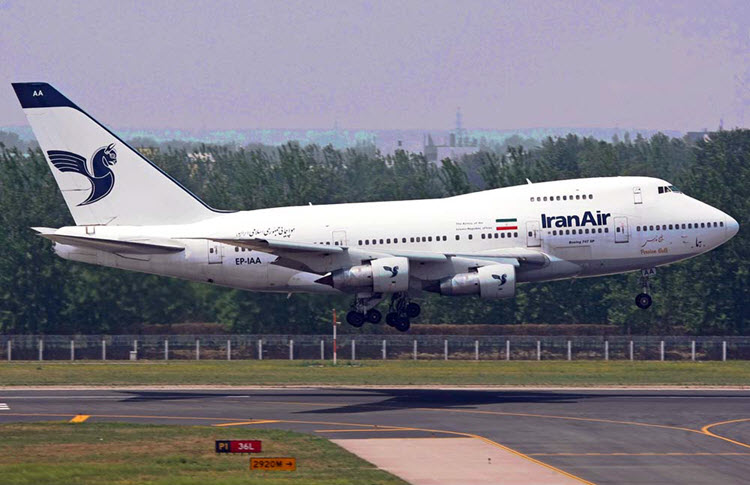 London, 10 Sep – The Iran nuclear deal’s implementation in 2015 lifted many international sanctions on the country. Iranian airlines were happy for the opportunity to renew their fleets. Orders were placed for tens of billions of dollars’ worth of new aircraft.

Contracts were signed with Boeing, Airbus, and ATR. Only a few of the 300 planes that were ordered were delivered, however, when US President Trump pulled out of the nuclear deal and reimposed sanctions. New deliveries dwindled, as did the ability to buy spare parts. As new U.S. sanctions go into effect, Iran’s airlines are forced to patch up their aging planes instead of using newer models.

According to Iranian media, Iran Air had overhauled one of its Airbus A300 aircraft earlier this month, following the technical failure of one of its engines. There are around a dozen A300 aircraft in Iran Air’s fleet, and one of them was converted to a freighter. The planes average 33 years of age, according to Airfleets.net.

Around the world, only 23 other airlines still operate this type of aircraft, including a number of other carriers in Iran — Mahan Air, Meraj Airlines, and Qeshm Air.

With around 250 aircraft in Iran’s civil aviation fleet, and some 100 of them grounded, placed in storage, or stripped for spare parts, the condition of Iran’s civil aviation industry is now worse than Afghanistan’s or Iraq’s, the Iranian Labour News Agency cited Iran Air CEO Farzaneh Sharafbafi as saying.

The Islamic Republic of Iran Air Force (IRIAF) has been forced to adopt the strategy of patching up planes, as well. It unveiled what it claimed was a new, domestically-produced fighter jet, last month, but observers noted the plane’s close resemblance to the F-5 designed by U.S. defense firm Northrop in the 1950s.

While IRIAF officials proudly point to their ability to overhaul the aging fighter jets in their fleet, and boast of the thousands of man-hours spent to keep F-4, F-5, F-14, Mirage and Su-22 fighter jets air-worthy, these are still very old jets.

And now, with a string of international airlines, including Air France, British Airways, and KLM, saying that they are halting services to Iran as they are no long commercially viable, Iranian passengers not only must fly on old aircraft domestically, but are finding their options more limited when flying overseas.

Iran to keep interest rate at 12%