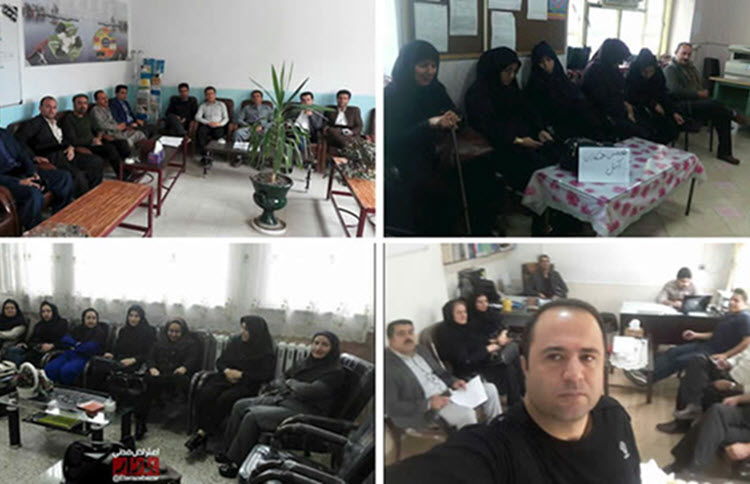 London, 17 Oct – Teachers across Iran went on strike on October 14 and 15, holding sit-ins at their schools to demand better pay and conditions and an end to the detention of education activists. They are also demanding equal access to education for all Iranian children.

Social media has been flooded with pictures of striking teachers from all over Iran, including Amol, Eslam Abad, Garmeh, Gonabad, Hamadan, Ilam, Isfahan, Kermanshah, Marivan, Mashhad, Sanandaj, Sarvabad, Semirom, Tabriz, Torbat Heidarieh, Yasouj, Zarin Shahr, and Tehran, all using the hashtags #nationwide teachers’ sit-in, #teachers_sitin and #nationwide_strike.. The videos and photos being shared show teachers holding up placards and banners with their demands on them.

The teachers are protesting economic hardship, low wages, inferior curriculum, and being deprived of the right to establish an officially recognized trade union for years.

Fa’izah Abdipoor, a dervish Sufi teacher of Gonabadi denomination, tweeted that the teachers demanded “equal, free, quality education for all [and that they wanted] to be teachers in our classrooms, not monitors”. This is believed to be a reference to the pressure that teachers face from the security services to inform on their activist colleagues.

The hashtag was created by the Coordinating Council of Teachers Union (CCTU), who called for a two-day strike, citing that inflation and rising costs had robbed the hardworking teachers of their purchasing power. 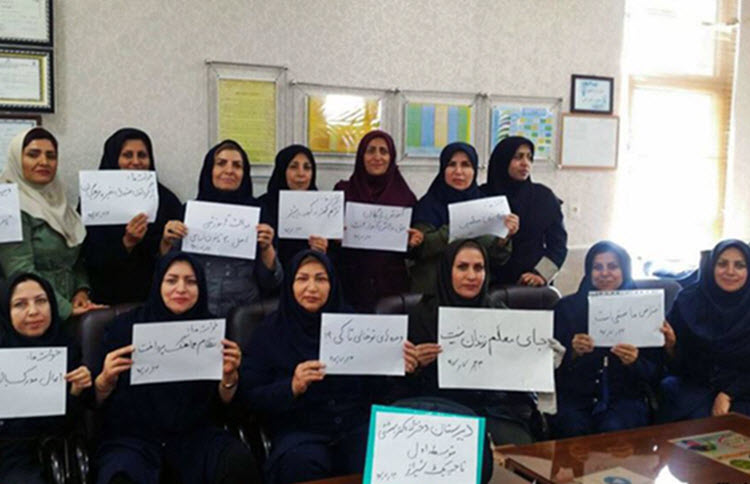 One Iranian teacher, identified only as Reza, said: “Those who are married with several children, I can see the pressure they face. [Teachers] have reached a stage where those who oppose the [establishment] and those who don’t, they’ve all become united in their protest against the conditions they face. In a few years, this could get [out of control].”

The Iranian economy has been struggling for years due to the mismanagement and corruption of the mullahs, but went into a deep decline in May, following Donald Trump’s decision to pull out of the nuclear deal and reimpose sanctions.

The CCTU’s news channel on Telegram said: “The security and intelligence organs raised their pressure on the teachers’ rights activists prior to the sit-in to stop the nationwide protest.” 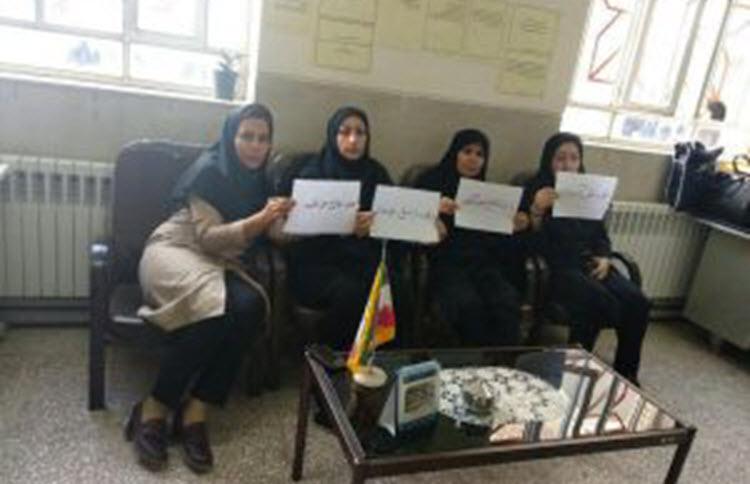 Retired teachers have offered support to their striking colleagues, by turning up to the protests as well.

Still the demands of the Iranian teachers has not been answered at any point over the years and dozens of teachers’ rights activists have been arrested, including Esmail Abdi, Rasoul Bodaghi, and Mahmud Beheshti.

This is just part of the ongoing Iranian uprising that began in December.

AFP: The UN atomic watchdog will meet this week...