Iran MP Blasts Rouhani for Suppression of Cyrus the Great 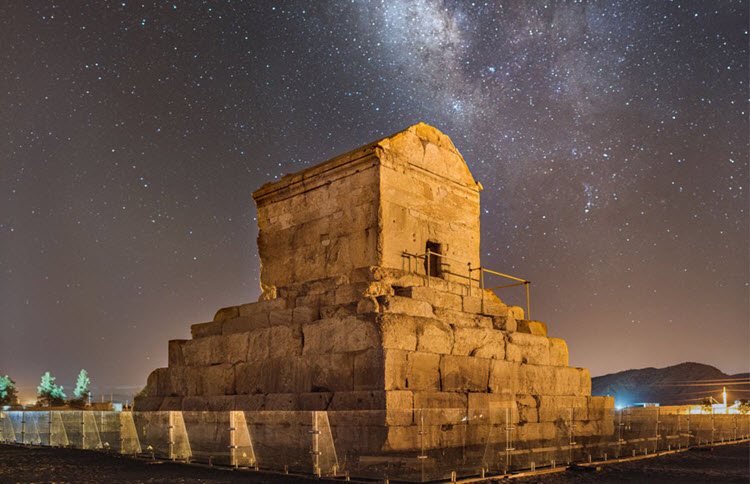 London, 23 Oct – An Iranian MP from the city of Shiraz blasted President Hassan Rouhani in a speech to parliament on October 21 for suppressing Iran’s pre-Islamic history.

When Rouhani referred the proposal to the Supreme National Security Council, Parsaei accused him of shelving it, knowing that the leaders of Iran treat celebrations of pre-Islamic culture as a security threat.

In fact, dozens of the Iranian politicians and authorities, including the Prosecutor-General of Shiraz, have spoken out against the annual gathering at Cyrus’ mausoleum, saying that it goes against the norms of an Islamic society.

Grand Ayatollah Hossein Nouri Hamadani said of the celebration: “I wonder how they can gather around Cyrus’ tomb and chant the same slogans (about Cyrus) that we chant about our Supreme Leader (Ayatollah Ali Khamenei).”

While October 29 is not officially recognised in Iran, many Iranians already observe it as the international day of Cyrus the Great, who founded the first Persian Empire and gave the world its first human rights charter.

On October 29, 539 BCE, Cyrus the Great and his army entered the city of Babylon, facing no resistance, and he ordered the release of thousands of captives, including people of Jewish descent. He said that all slaves and captives could return home to rebuild the communities or they could follow him to Iran, where they would live freely. Many Jewish people followed him home and settled in places like Isfahan.

In recent years, the Iranian government has stepped up their efforts to stop people from celebrating the day. In 2017, Shiraz residents received threatening text messages warning them not to assemble there and the government deployed a heavy presence of security, intelligence, and Baseej militia forces to block the roads and prevent the people from gathering.

Despite this, thousands of people paid homage at the site and an unknown number of people were arrested for taking part.

Of course, the Iranian government uses the story of Cyrus to gain favour abroad, with Rouhani bragging that the Jewish people owe Iran a “debt of gratitude” earlier this year on a trip to Vienna.

Parsaei accused Rouhani of political “profiteering”, by benefitting from Cyrus’ story abroad, but suppressing celebrations of the man at home.

Military chief: ‘No war’ with Iran

AP: The commander of U.S. military forces in the...