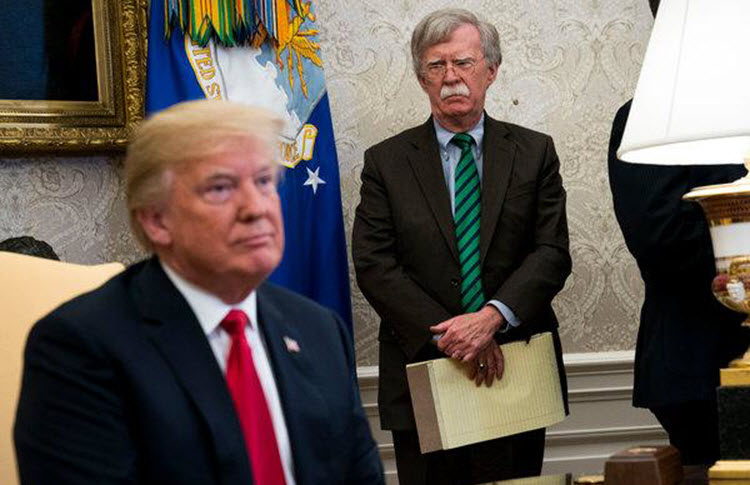 His National Security Advisor John Bolton has said that the United States will continue to put pressure on Iran and that sanctions will be strictly enforced. He also said that there is the potential for further sanctions to be put in place.

The National Security Advisor also said that sanctions are already proving to be effective and said that the Iranian government is “under real pressure”. Bolton advised that the intention of the United States is to “squeeze them very hard”.

The Trump administration is calling on Iran to put an end to its policies that are based on the support of terrorist militias and proxy groups in the Middle East and to halt its ballistic missile development.

The people of Iran, like the United States, want their government to focus on the many issues that are effectively destroying their livelihoods. And their lives. The government has chosen – time and time again – to prioritise its regional ambitions and have abandoned the domestic issues. The Trump administration is trying to put an end to this.

The people of Iran have lived with suppression for many years and the government does not hesitate to arrest, imprison, fine, torture and even execute anyone that it deems as going against its principles. Minorities are badly mistreated, and women still do not have the same rights as men. The many political prisoners that are jailed in the government ’s prison are left to suffer under extreme conditions. They are denied a fair trial and do not have access to a lawyer of their choosing in many cases.

Human rights organisations, including Amnesty International, have called on Iran to put an end to its brutal denial of human rights but it never pays any attention.