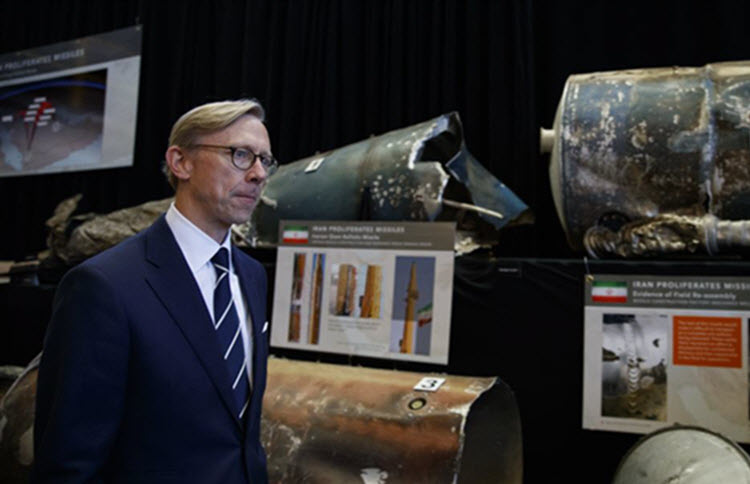 London, 5 Dec – Regarding Iran’s recent ballistic missile test, a senior US official said on Tuesday that the US is pressing the European Union to consider economic sanctions on the country, warning that if Tehran’s ambitions remain unchecked, a wider regional conflict may result.

While the EU is focused on protecting the 2015 international nuclear deal with Iran that US President Donald Trump pulled out of in May, they are also concerned by Iran’s ballistic missile test this month. In fact, France called it a destabilizing act.

After meetings with European powers in Brussels, Brian Hook, Washington’s special representative for Iran, told Reuters, “We would like to see the European Union pass sanctions that would designate the people and the organizations that are facilitating Iran’s missile testing and missile proliferation.” Punitive measures usually include travel bans and asset freezes.

According to Hook, Iran’s tests violated U.N. Security Council Resolution 2231 that accompanied the nuclear deal. He demanded that Tehran stop its ballistic missile-related activities that are designed to carry nuclear weapons. “This is a grave and escalating threat and we need to restore deterrents against Iran’s missile program. Otherwise I think we are aggregating, we are accumulating risk of a regional conflict if we don’t,” Hook said.

Iran maintains that Resolution 2231 does not require it to stop missile development. The resolution calls on Iran to refrain from work on ballistic missiles designed to deliver nuclear weapons for up to eight years.

According to a confidential document seen by Reuters, in March, Britain, France, and Germany proposed fresh EU sanctions on Iran over its ballistic missiles, but were rebuffed by other EU nations including Italy, who are seeking to develop business ties with the Islamic Republic.

But, because Brussels considers the 2015 pact to be the bloc’s top foreign policy achievement in decades and does not want it to collapse, the EU’s diplomacy with Iran is highly sensitive, and EU sanctions on top of renewed U.S. measures could risk that, European diplomats say.

Still, with this in mind, “Those who negotiated the deal, to begin with, made it very clear that just because it was focused on the nuclear (deal) didn’t limit them from addressing all the other threats that Iran presents to peace and security,” Hook said.

After more than a year of talks between Britain, France, and Germany and Iranian officials about Iran’s ballistic missile program and regional activities at the bilateral level, Tehran maintains that its ballistic missile program is not up for negotiation, which is frustrating the EU officials. Britain’s foreign minister, as well as senior delegations from France and Germany have travelled to Tehran this past month, to once again raise the issue.

Some diplomats claim that after accusations of Iranian attack plots in France and Denmark, EU foreign ministers showed support for possible new economic sanctions on Iran in a shift of policy, on November 19th.

“They don’t want to talk ballistics,” said one European diplomat, who added, “Don’t rule out us looking at sanctions again because we aren’t getting concrete results for now.”

Bloomberg: The kingdom has accused Shiite-led Iran, a fellow...

Reuters: Afghanistan has protested to neighbouring Iran over the...