Iran Tries to Cover up Budget Shortfall Related to US Sanctions 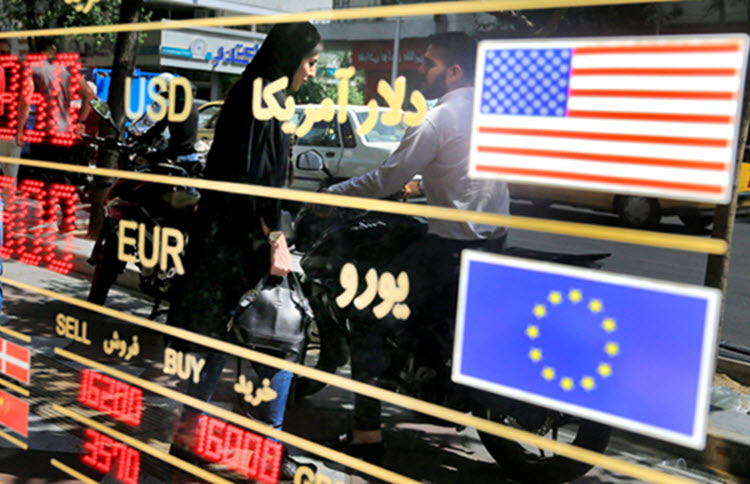 London, 6 Dec – The Iranian government has lost roughly two-thirds of its overall funding thanks to US sanctions but is desperately trying to conceal that fact.

Mohammad Bagher Nobakht, the head of the Islamic Republic’s Planning and Budget Organization (PBO), first revealed the shortfall on December 4, whilst addressing a gathering of representatives of disabled people, who had come to the PBO to protest government cuts related to the support of people with disabilities. However, his statements were quickly removed from official websites.

There can be no doubt that this drop in Iran’s budget for the next year is largely down to US sanctions, imposed following Donald Trump’s withdrawal from the 2015 nuclear deal in May, that have decreased Iranian oil revenue. In fact, the Research Center of Iran predicted that this was reduced Iranian oil exports by one-third to one million barrels per day (BPD), while Eshaq Jahangiri, Rouhani’s first deputy, reported that income from petroleum sales in the next fiscal year (beginning March 21 in Iran), would be 25% lower.

These predictions come from the Iranian officials themselves, so, given what we know about the Mullahs’ attempts to cover up any flaws in their country, we can take these to be optimistic at best.

Indeed, while Behrooz Nemati, the spokesman for the presiding board of the parliament, recently claimed that Iran would still be expecting sales of 1.5 million BPD next year at $54 per barrel, some experts predict that Iran could well slip to 500 BPD in the coming months, especially once the sanctions waivers given to Iran’s eight biggest importers expire in May.

Iran is also claiming an exchange rate of 57,000 rials to the US dollar in the budget, but the rial reached an all-time low of 200,000 to the dollar in early October.

It seems that Iran is still hoping that the EU will be able to save the nuclear deal and give the mullahs all of the benefits with none of the restrictions on its nuclear programme, with Iranian Foreign Minister Mohammad Javad Zarif dismissing the idea that the so-called “Special Purpose Vehicle (SPV)” will only cover humanitarian and food products, rather than oil.

While President Hassan Rouhani has repeated his threats about closing the key shipping lane in the Straits of Hormuz to disrupt oil exports from Gulf states if Iran is stopped from exporting oil. The US Navy has committed to ensure the Strait of Hormuz stays open, with retired Admiral James Stavridis advising that the United States and its Arab allies would re-open the Strait in a matter of days.

Reuters: Iran has accused the United States of abusing...