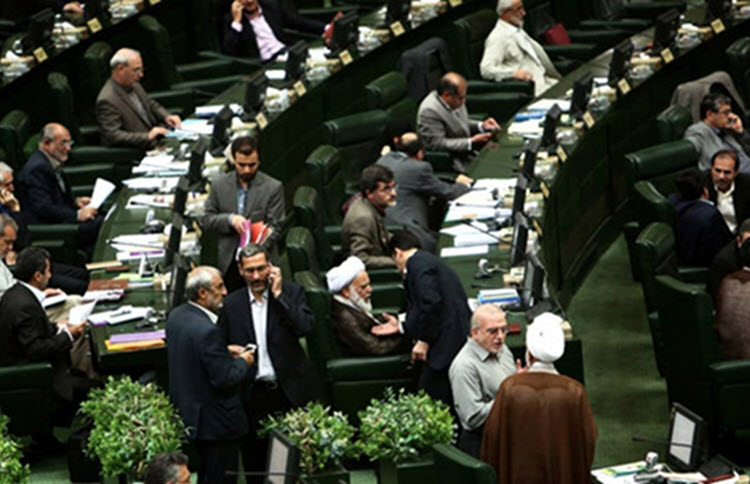 London, 17 Dec – The Iranian Parliament has decided to take money out of the National Development Fund in a closed-door session on Sunday, December 16, according to two members of the parliament.

Alireza Salami, MP for Mahallat, said that the 2019-2020 budget bill shows that Iran has “illegally reduced” the amount of money that will be invested into the strategic fund.

By law, the Iranian Parliament must deposit 34% of the country’s oil revenue into the National Development Fund, which was created to ensure that part of the oil and gas revenue would be invested into productive economic activities that would benefit future generation and provide sustainable wealth.

Now, according to Salami, the government will deposit just 10% into the fund.

However, earlier reports from Fars news agency said that the government’s economic coordination council, where the three branches of government are represented, rejected the idea of depositing even 10% into the fund because of the “eye-catching” decline in oil exports thanks to US sanctions. Vice-President Mohammad Baqer Nobakht, who chairs Iran’s Planning and Budget Organization, said that reimposed US sanctions have reduced the Iranian income by two-thirds.

Other reports suggested that Supreme Leader Ayatollah Ali Khamenei had allocated part of the fund towards military spending; with Radio Farda’s military analyst Hossein Aryan advising that the government had withdrawn $2.5 billion to pay for Iran’s malign military adventures in Syria. Further reports suggesting that another $4 billion had been used to fund Iran’s state broadcaster and propaganda machine, The Islamic Republic of Iran’s Broadcasting (IRIB). Critics have been vocal in saying that this spending should not have come from the fund for the future or emergencies.

Worse still, no one knows exactly how much money is in the fund as when President Hassan Rouhani came to power in 2013, he said that the fund had been near-enough depleted by President Mahmoud Ahmadinejad. However, if the government has stuck to their promise to deposit one-third of the country’s oil income into the fund (and that’s a big if), then there should be at least $20 billion in there currently.

Behrouz Nemati, the spokesman for the Parliment Presidium, said that the budget would be presented to the Parliament after the amendments requested by Khamenei are made. He also confirmed that the heads of the executive, legislative, and judicial branches of government met with the Majles research centre and the parliament’s economic committee, but did not say what the outcome of the meeting was.

Iran Says Does Not Want U.S. to Join Nuclear Talks

Reuters: Iran said on Thursday it did not want...