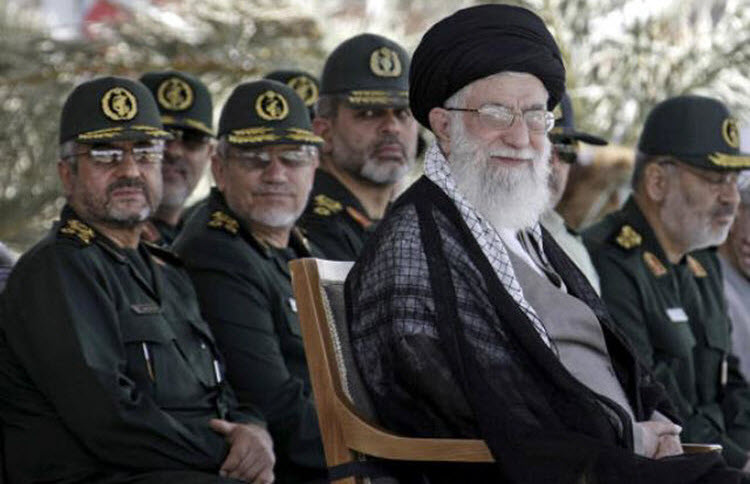 London, 06 April – In Iran, everyone is looking for somebody to blame for the recent inclement weather that was unplanned for — the floods and the ensuing disasters — while the most important and powerful figure in Iran, the Supreme Leader, has thus far failed to help the people who are suffering from the damage.

Although floods are the result of climatic factors, people can devise ways of mitigating the damage. This is not to say that humans do not play a role in climate change, but they do not bring about specific natural disasters. “With or without humans,” writes Nasser Karami, a climatologist from Golestan province, “the floods would have happened.”

However, a large part of this devastation was brought about by human actions, including the destruction of forests and tampering with rivers. Karami believes that the tragedy that occurred at Quran Gate in Shiraz, where many people were killed and injured, was not a “natural” event, but was a result of human action that “must be pursued by the judiciary as a case of criminal mismanagement.” The Quran Gate was built on a dry river bed, a dangerous, and intentional, move by the Revolutionary Guards, who have faced accusations that they are responsible for criminal mismanagement.

The Supreme Leader’s representatives in the northern provinces of Gilan, Mazandaran and Golestan are engaged in activities in forested areas. Ayatollah Kazem Nour-Mofidi, Khamenei’s representative in Golestan, claims that the Leader gave him a permit that grants him a monopoly in wood harvesting from Golestan’s forests so that, he says, he can use the proceeds to support religious seminaries.

This might have been evidence that the Supreme Leader’s representatives have been violating laws designed to protect forests, specifically the “10-Year Reprieve for Forests” law. Paragraph F of Article 38 of Parliament’s Sixth Development Plan ruled that for three years, starting on March 21, 2017, only fallen, uprooted or broken trees could be used for commercial purposes. After that, until 2027, forests could not be exploited for profit. But, this law has not been implemented and its future is in doubt. On January 4, 2017, the Supreme Leader’s representatives in the three northern provinces wrote a letter to the speaker of the parliament, opposing the law.

Many Iranian cities are populated beyond capacity, so building on mountain slopes and in forests, has become more commonplace. Economic conditions have forced ordinary citizens to engage in land speculation and real estate developments on mountainsides, forests, and river beds. In these difficult economic times, many villages in the north — which usually enjoy clement weather — have been making a living out of land and real estate development.

The annual national budget does not include a line to pay for damage caused by disasters. However, an entry for “Unforeseen Expenses” appears under the heading “Miscellaneous.” It is not clear how the amount specified in this category is spent, but what is certain is that Khamenei plays a decisive role in providing financial resources to rebuild damaged areas and compensate for loss, and it is clear that the resources provided by the existing budget will not be enough to cover it, since in a corrupt religious fascism ruling Iran the wealth of a nation is plundered by the ruling mullahs and spent on suppressing people inside Iran and exporting Terrorism and Extremism to the region which is vital for their survival.

Reuters: Visas for Iran's president and other diplomats to...

Reuters: Iran and China are in talks to use...