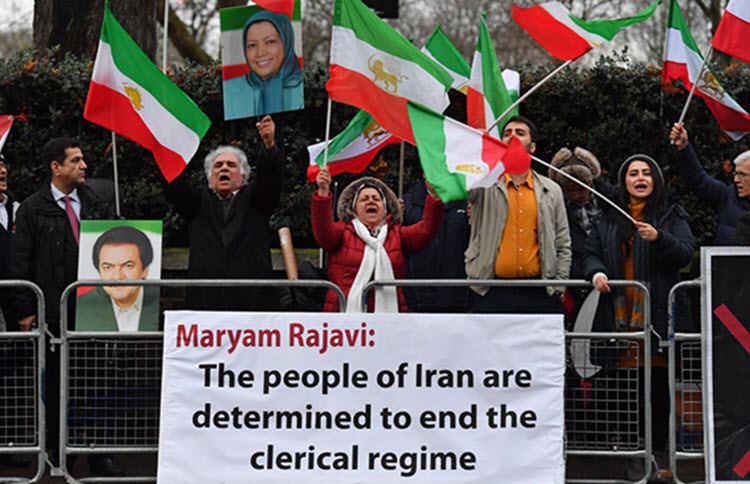 As we witness the defiant tone that the Iranian regime has taken in the face of the “maximum pressure” campaign utilized by Trump’s White House, many of us were surprised last week, when it was announced that once the waivers that expire at the end of May for the eight leading purchasers of Iranian oil, the US would not be granting new ones.

Coming just two weeks after the announcement that the Islamic Revolutionary Guard Corps (IRGC) would be sanctioned and designated as a foreign terrorist organization by the US government, it triggered unprecedented levels of angry rhetoric from Tehran. While theocratic and military authorities seek to present themselves as unaffected by the pressure, Iranian affairs experts call their defiance is “bluster”.

The truth is, the IRGC controls the majority of Iran’s oil exports, which are central to the country’s economy. Consequently, the US is likely to precipitate a great crisis for the Islamic Republic by cutting off most of the world’s markets from Iranian exports and blacklisting its paramilitary. At the beginning of last year, the residents of almost every major Iranian city and town were participating in a nationwide protest that displayed the people’s frustration with economic mismanagement, corruption, and nearly 40 years of repression by a non-representative government. It was the beginning of a much larger movement that has continued to this day.

In fact, Maryam Rajavi, the leader of the People’s Mujahedeen Organization of Iran (MEK) — Iran’s democratic opposition — called the year 2018 a “year full of uprisings”. The MEK has actually been widely credited with the rapid spread of the nationwide protests, as well as popularizing its most provocative slogans like “Death to the Dictator.” The way in which ordinary Iranians have been drawn to the group leaves little doubt about their support of the movement’s ultimate goal — regime change by the Iranian people.

Less than two weeks after the IRGC was designated an FTO, Khamenei announced a change of leadership — he installed Hossein Salami, the Iran-Iraq War veteran’s who is described as “extremely hardline”. In a shocking statement, Salami publicly declared that the IRGC was “proud” of its new terrorist designation. Khamenei echoed the same sentiment. Such statements make the Iranian regime seem impervious to foreign pressure, but should they be taken seriously?

The Iranian regime will continue to suffer under Western sanctions, according to the opposition. The Iranian people recognize that their hardships stem from Tehran’s self-serving rule and not from Washington’s foreign policy. The most salient feature of Salami’s appointment is the implicit threat of even greater hardline repression. The resources of the Revolutionary Guards were already stretched to the breaking point from the protests. If the Trump administration commits to seeing its strategy through, Tehran’s defiant attitude will be seen as only part of a desperate strategy to compel the international community to stand down.

The adversaries of the Iranian regime and continued international pressure, may succeed in transforming Iran’s bluster, and cause a change in its behavior.

Italian Parliament: We Need a Decisive Policy Against Iran Regime