US Is Ready to Counter Iran Threats 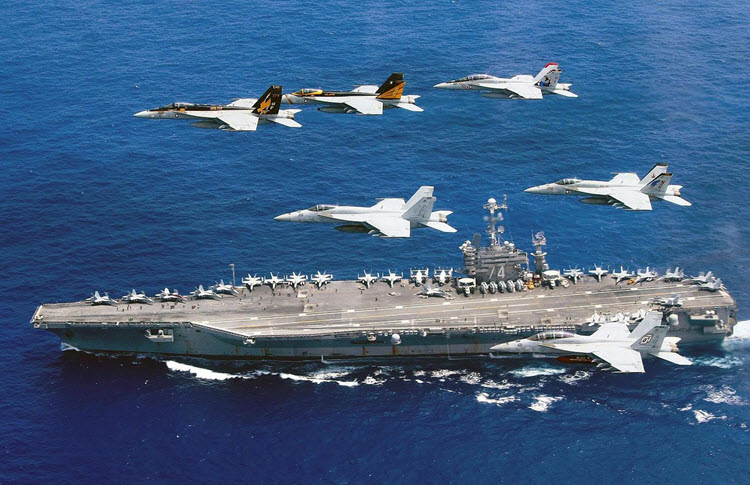 The US announced last week that sanctions waivers for countries that import Iranian oil would be allowed to expire on May 2, meaning that any country buying Iranian oil after Thursday would be subject to US penalties and could lose access to US financial markets.

This is all part of the US’s plan to bring Iran’s oil exports to zero.

Iran responded by threatening to disrupt oil shipments in the region, including by closing the strategic Strait of Hormuz shipping lane.

The US is taking these threats seriously, with General Kenneth “Frank” McKenzie, Jr, the new commander of the United States Central Command (CENTCOM), saying on Saturday that the US would deploy the necessary resources to counter Iran.

CENTCOM had already deployed F-35A Lightening IIs to Al Dhafra Air Base in the UAE on April 15 – the first deployment of the fifth-generation multirole aircraft to the Persian Gulf. There are also two carrier strike groups, totalling 130 aircraft, 10 ships, and 9,000 sailors and marines, conducting operations in the Mediterranean.

The US also has hundreds of fighter jets and dozens of warships in the region, making them a formidable force against Iranian military threats.

The US is concerned about Iran’s ability to conduct terrorist acts in the Middle East, Europe, and the US, especially given that Iran helped terrorist militias to murder over 600 US troops in Iraq from 2003 to 2011, which is why they recently designated the Iranian Revolutionary Guards Corps (IRGC) as a terrorist entity.

The main terrorist groups backed by Iraq that pose an ongoing threat to the US or US interests abroad are:

• The Houthis in Yemen

However, thanks to US sanctions, Iran has lost the ability to pay its terrorist proxies across the region, so many groups are now not following Iran’s orders or are unable to fund their fighters or update their weaponry.

While the US is determined to take Iran’s threats seriously and has organised to counter them, it’s important to note that the military might of the US and its regional allies Saudi Arabia, the United Arab Emirates, and Israel far outstrip Iran.

Therefore, Iran is unlikely to act on its threats because it does not want to risk a war with the US that it will only lose. Iran has threatened to close the Strait of Hormuz on many occasion but never has because it knows the US will not hesitate to open it again through any means.

Iran hangs under-18 adolescent in public