Macron to Talk With Iran Officials Before G7 Summit 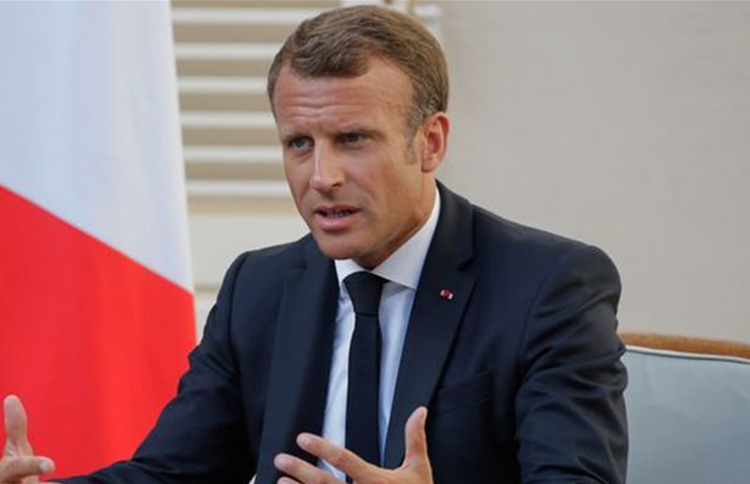 French President Emmanuel Macron is scheduled to meet Iranian officials this weekend’s G7 summit to talk about how to reduce tensions between Washington and Tehran, he announced on August 21.

Donald Trump accused Macron of sending mixed signals to Iran, saying no one was allowed to speak to Iranian officials on behalf of the US.

France, alongside the UK and Germany, has been trying to save the 2015 international accord, formally known as the Joint Comprehensive Plan of Action (JCPOA), which lifted sanctions on Tehran in exchange for limited curbs on Iran’s nuclear program.

In May 2018, Trump pulled the US out of the deal, citing Iranian noncompliance, and reimposed sanctions, which has meant that both countries could be heading towards a confrontation.

Macron’s comments come shortly after US Secretary of State Mike Pompeo spoke at the UN on August 20 to accuse Iran and its proxies of fomenting “terror and unrest” in conflicts across the Middle East “with devastating humanitarian consequences”.

Still, both the US and Iran have made it clear that they don’t want war. Trump has multiple times said that his “maximum pressure” campaign of economic sanctions and diplomatic isolation is designed to force the Iranian government back to the negotiating table for a deal that holds them to account for their nuclear transgressions, while also dealing with their use of ballistic missiles, regional aggression, and human rights abuses.

The Iranian economy has been heavily affected by the sanctions, particularly those that target its oil and financial sectors, contributing to a spike in inflation and unemployment.

Iran is now exporting 300,000 barrels of oil a day and the International Monetary Fund predicts its economy will decrease by 6% this year. Unemployment is currently at 12%.

In response to sanctions, Iran has threatened maritime security on multiple occasions, at the same time as six oil tankers have been attacked in waters near Iran, which the US has blamed on Tehran. Iran has also admitted seizing a British tanker in the region and shooting down a US drone.

This has all increased volatility in the region and the US has asked its allies to form a maritime patrol to guard shipping in the vital Strait of Hormuz waterway, through which one-fifth of all oil is transported.

Australia said on August 21 that it was joining the US’s security mission because “this destabilizing behaviour is a threat to Australia’s interests in the region”.