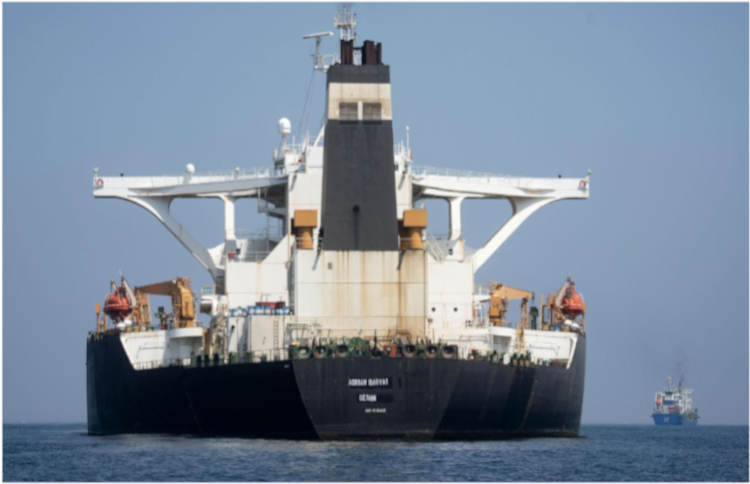 The captain of the Iranian oil tanker “Adrian Darya 1” was offered money by the United States if he sailed the ship to a country that would seize it on behalf of the US. The offer was made days before the ship was subject to US sanctions.

The offer to pay Captain Akhilesh Kumar to take the ship to a port where the US could get it was made in an email sent to the captain by Brian Hook, a senior US official.

The US State Department has confirmed it offered millions of dollars to the captain of the Iranian oil tanker which is at the center of a diplomatic row. Brian Hook, head of the department’s Iran Action Group, emailed the captain of the Adrian Darya 1 about sailing it somewhere the US could seize it.
The US Justice Department, which had tried to block the tanker’s release from Gibraltar, issued a warrant to seize the tanker. Reports of the cash offer first appeared in the Financial Times on Wednesday and have been confirmed by the State Department.

“We have conducted extensive outreach to several ship captains as well as shipping companies,” a spokeswoman told AFP news agency.
The US blacklisted the tanker last Friday. A Treasury Department statement said the vessel was being used to transport 2.1 million barrels of Iranian crude oil for the benefit of Iran’s Revolutionary Guard – a branch of the country’s armed forces which the US has designated a foreign terrorist organization.

According to the Financial Times, Mr Hook sent an email to the Indian captain of the Adrian Darya 1, Akhilesh Kumar, before it imposed sanctions on the ship.
“I am writing with good news,” the email read. The Trump administration was willing to pay the captain several million dollars to take the ship somewhere where it could be seized by US authorities.

The Adrian Darya 1, previously named Grace 1 is a Crude Oil Tanker built in 1997 and currently sailing under the flag of Iran. The vessel left Gibraltar on 15 August after having been detained for a month in the British overseas territory for allegedly attempting to breach European Union sanctions on Syria. Gibraltar said it had been assured by Iran that the tanker wouldn’t unload its cargo in Syria.

The “Adrian Darya 1” shut down its AIS in the night of September 2. The move has prompted renewed speculation that it might be heading to Syria.