Woman Arrested for Flouting Stadium Ban Sets Herself on Fire 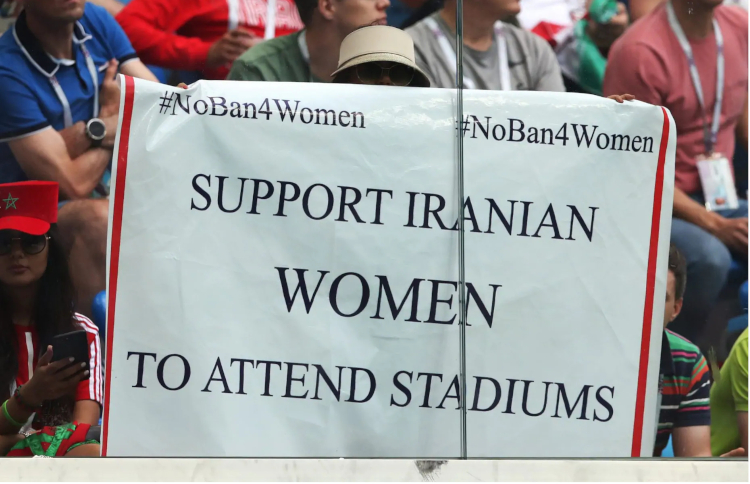 Since the current government came to power in Iran, women in the country are facing higher repression.  In Iran, every day, in the media, we have sad news of acid spraying on women, self-immolation and suicide.

On September 3, an Iranian woman set herself on fire outside a court in Tehran after being tried for resisting arrest by morality police for trying to enter a football stadium disguised as a male spectator. The Iranian government sets heavy restrictions on the participation of women in sports stadiums and public events.

According to state-run Rokna news agency, the victim, identified as Sahar, has been taken to a local hospital with life-threatening burns, and according to her sister she is in a very critical condition.

A spokesperson for Iran’s judiciary said the victim “had been engaged in a physical confrontation with security forces in February, after resisting arrest on charges of insulting police and having improper veiling.” She had been detained but later released to appear in court on charges of “insulting the public by defying the dress code for women”, according to court papers.

Prior to the court hearing on Monday, a source informed the victim that she faces six months in prison. She asked the judge to postpone her trial so she could attend a funeral. When she came out of the building she set herself on fire in front of the usually crowded complex that houses several courts.
Her sister told ROKNA that she had gone to watch a match between two Iranian national soccer teams in March.
“When my sister entered the stadium, agents found out and arrested her,” she said. Her sister said that the victim was suffering from bipolar disorder and had been undergoing treatment for the last two years.

She said that they gave the court sufficient evidence to prove her illness but they continued the legal proceedings without considering her illness.
“My sister went through serious mental pressure in Qarchak Prison and was afraid”, she added.

Reports indicate that 90% of the woman’s body had suffered third-degree burns and that she was not able to breath without a respiratory apparatus.