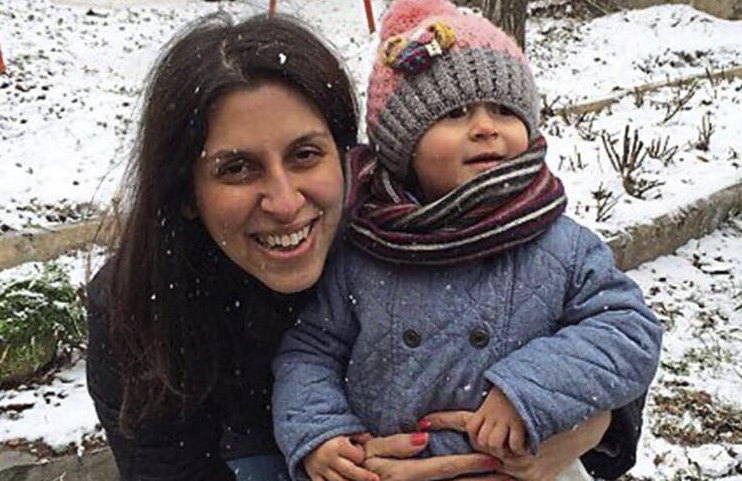 By Jubin Katiraie
For years, the Iranian government has used blackmailing policies, such as taking the dual citizens as hostages, as a lever in dealing with the Western governments.

Iran started this policy right after Iran’s 1979 revolution when it occupied the US embassy and took U.S. diplomats and embassy workers as hostages.

The Iran Hostage Crisis was a major international crisis started with Iranian government occupying the U.S. Embassy in Tehran, by the order of Ayatollah Khomeini, the founder of the Islamic Republic. The crisis ended with the release of the hostages after 444 days, from November 4, 1979, to January 20, 1981.

The Iranian government uses this policy in times of distress. whenever they are desperate in finding a way out of their crises. Holding hostages is a political and ideological exercise and a form of leverage against other countries.

Iran has a track record of jailing dual nationals to use as bargaining chips. Examples include the arrest of British-Iranian Nazanin Zaghari-Ratcliffe and the Swedish-Iranian Dr. Ahmad Reza Jalali.

In June 2019 Iran arrested a French-Iranian academic, Fariba Adelkhah, on the charge of espionage, to pressure European states over its collapsing 2015 nuclear deal with world powers to curb its nuclear program. Ms. Adelkhah is an anthropologist and senior research fellow at the Sciences Po institute in Paris.

Bloggers Jolie King and Mark Firkin were also detained 10 weeks ago during an overland round-the-world trip.

Dr. Kylie Moore-Gilbert, an expert in Middle Eastern politics at Melbourne University. She was arrested in the summer of 2018 and currently serving a 10-year jail sentence based on unknown charges.

One of the main cases is the case of Nazanin Zaghari-Ratcliffe, the British-Iranian citizen is more than halfway through a five-year prison sentence that she is serving in Tehran over spying charges, allegations she vehemently denies.

UK Prime Minister Boris Johnson said Mrs. Zaghari-Ratcliffe was in Iran “teaching people journalism” – despite her family’s insistence she was there to visit relatives.

On his flight to New York on Sunday, the PM told reporters he would discuss Mrs. Zaghari-Ratcliffe with the Iranian leader.
“I will not only be discussing Iran’s actions in the region but also the need to release not just Nazanin but others who in our view are being illegally and unfairly held in Tehran,” he said.

Recently Iran says it considered exchanging Zaghari-Ratcliffe for £400m. “Britain owes us that £400m for 40 years”, Iran’s Foreign Minister said, and added he would have argued for release if the UK repaid tank deal money.

The European Parliament resolution of 19 September 2019 on Iran, notably the situation of women’s rights defenders and imprisoned EU dual nationals, which is referring to the blackmail policy of Iran:

F. whereas EU-Iranian dual nationals continue to be arrested, with arrest followed by prolonged solitary confinement and interrogations, with lack of due process, lack of a fair trial and long prison sentences based on vague or unspecified ‘national security’ and ‘espionage’ charges, as well as state-sponsored smear campaigns against the imprisoned individuals; whereas Iran does not recognize dual nationality, thereby limiting the access foreign embassies have to their dual nationals held there;

H. whereas Nazanin Zaghari-Ratcliffe, a British-Iranian national employed by the Thomson Reuters Foundation, has been unlawfully imprisoned in Iran since 3 April 2016, having been unlawfully detained for months, accused of spying, and then subsequently denied a free and fair trial; whereas she has been repeatedly deprived of medical treatment, leading to the deterioration of her physical and mental health; whereas she has recently been denied access to international phone calls and has had family visits restricted to only once a month…

Washington Post: President Obama has signaled Iran that the...

Ahmadinejad slams Russia for ‘selling out to Satan’

AFP: President Mahmoud Ahmadinejad lashed out at Russia on...