Six Months After the Flood in Agh Qala in Iran 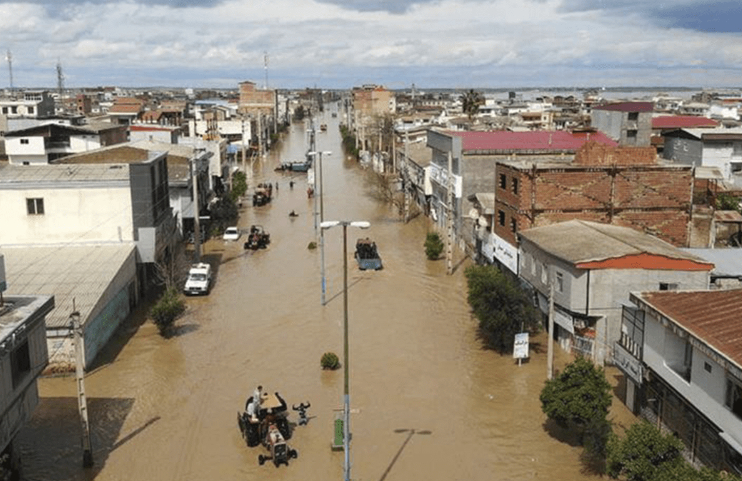 In the past 40 years, Iran’s fraudulent agencies, particularly the Islamic Revolutionary Guards Corps (IRGC), have reaped huge profits through destruction of the environment and nature including by irregular construction of hundreds of dams and tunnels,

They have done so without observing the basic rules essential to any construction. Consequently, they have left the people of Iran defenseless in the face of natural incidents. If the natural environment of Iranian cities and villages had not been so vastly damaged, the heavy rainfalls could have been reigned in and the deprived people of Iran would not have suffered such extensive losses of lives and properties.

As a result of the state’s destructive policies, the heavy rainfalls in spring 2018 ravaged thousands of Iranian villages and towns and devastated people’s lives. Almost six months after the devastating floods and the national flood disaster, the government did not take any effective measures to help the afflicted people in the flood-hit areas who are well aware that the people of Bam and cities in Kermanshah province were also similarly not resettled years after the earthquakes.

In the Golestan province, many people are still building their own demolished houses and living in tents in the rural areas of Agh Qala city, where they are not provided with normal living opportunities.

Years of corruption and embezzlement have left Iranians with few resources to rebuild their property and their lives in the wake of this national catastrophe. They have hollowed out Iran’s institutions through greed and the pursuit of nuclear weapons and regional warmongering. The state is, therefore, woefully ill-equipped to manage the effects of natural disasters like this week’s flooding.

Like any other situation in Iran, the government turns a blind eye to the pain and suffering of the people of Iran and is solely focused on preserving its own state.

For this government, the priority is self-preservation and the quashing of any protest or opposition to its political and religious tyranny, analysts say.