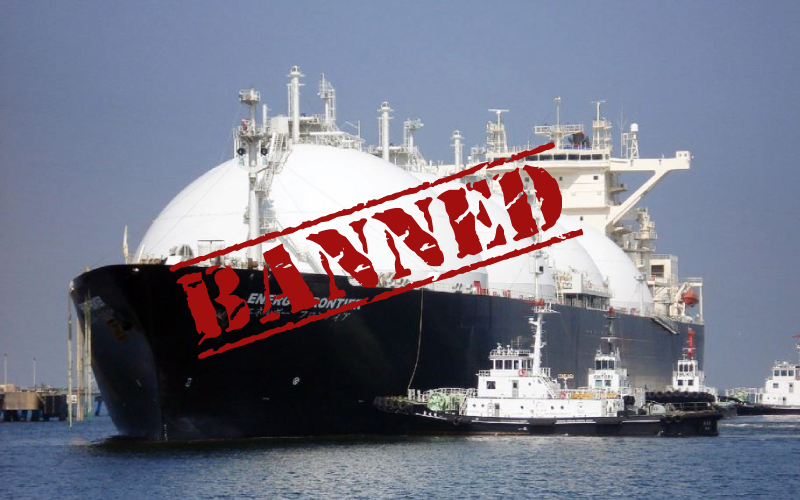 Singapore has given the Chinese owner of a tanker storing Iran’s gas one week to take it away or their boat will be sold. A court in Singapore ordered the owner of the tanker carrying Iranian liquid gas (LPG) to come forward or it will auction off the vessel for a period that will not last more than a week.

The Echo Star, formally registered under the name “Gas Infinity”, was one of two oil tankers owned by the Chinese Kunlun Shipping Company seized by Singapore port authorities in July for carrying Iranian petroleum products.

Data intelligence firm Kpler said Echo Star, which had been used to transport Iranian LPG to China since last July, was sanctioned by the US but continued its operation by using deceptive techniques to conceal the origin of its cargoes. This included turning off the ship’s AIS transponder while loading from Iranian ports and receiving Iranian-sourced oil via ship-to-ship (STS) transfers at Malacca Strait.

The Echo Star was released in July but reappeared in Singapore ports in mid-October, laden with Iranian oil, so it was seized again and listed on the “vessels under Sheriff’s arrest” section.

The owners of the ship now have until November 19 to settle the judgment or it will be sold at a public auction held roughly six weeks after the arrest, which would be at the beginning of December.

The other ship Gas Dragon, recently renamed as Nexo, is currently anchored in Persian Gulf waters but does not appear to be being used at all.

The US placed the Chinese Kunlun Shipping Company on its “blacklist” after it violated Washington’s sanctions on Iran.

The company and its sister bank are registered in the British Virgin Islands.

Mohammad Reza Hariri, a member of the Iran-China Chamber of Commerce, revealed that Kunlun Bank was set up to organize Iran-China bank transactions and evade US sanctions.

He said: “The bank’s initial capital was provided by hard currencies acquired by selling Iranian fuel and blocked in China. Nonetheless, the bank currently supports the sanctions Washington has imposed on Tehran. Kunlun Bank has officially informed the Islamic Republic that it would never involve itself in deals sanctioned by the US.”

He complained that it was not as easy as it once was to evade US sanctions because many of their ways have been exposed.

Kpler data shows that Iran’s LPG exports to China declined 30% month-to-month to reach 311,000 tons in October, which is bad news for Iran because China is the sole buyer of Iranian LPG.

Rice says US has heard positive statements from Iran

Reuters: The United States has heard some positive statements...

By Jubin Katiraie Two weeks ago Iran attacked the...