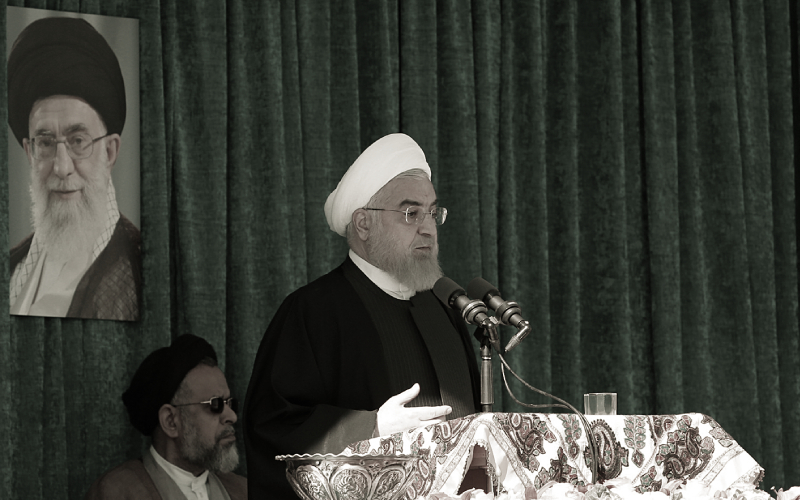 Iranian President Hassan Rouhani admitted on Tuesday that Iran’s situation is more “difficult and complicated” today than it ever has been, with US sanctions on Iranian oil exports making it hard to run Iran’s affairs.

Rouhani, who was speaking in Kerman, said that the current situation “is not normal” and that “Iran is experiencing one of its hardest years since the 1979 Islamic revolution” when the current government stole power from the people and instituted a dictatorship.

He said: “Without money, we cannot run the affairs of the state. Although we have some other incomes, the only revenue that can keep the country going is the oil money.”

Rouhani explained that Iran needs $45 billion annually to continue running the government and that the oil revenues brought in $60 billion per year.

Rouhani then suggested that the oil revenue deficit could be made up by collecting full taxes, but did note that the government can only collect about a third of estimated taxes because some big companies that are run by religious foundations do not pay any tax.

He said: “Individuals who are not familiar with economics and budgeting say oil can be sold later, but they are mindless of the fact that it is not prudent to close the oil tap and deprive the country of its wealth.”

Rouhani then defended Iran’s 2015 nuclear deal with the West, known formally as the Joint Comprehensive Plan of Action (JCPOA), saying that if Iran leaves that deal they will face UN sanctions as well as American ones. Of course, it seems a little contradictory that he would say this at a time when Iran is openly violating the nuclear deal to extract concessions from the rest of the signatories.

The previous day, Rouhani said that if Iran remains in the nuclear deal for just one more year, it can buy and sell weapons; something that critics say was designed to please the Islamic Revolutionary Guards Corps (IRGC).

All in all, Tuesday’s speech was a massive departure from Rouhani’s previous statements, where he painted a rosy portrait of Iran’s economy, repeatedly claiming that it was growing, that the inflation rate was declining, and that non-oil exports were making up for lost oil sales.

Canadian beauty queen tries to save life of woman in Iran

AFP: A Canadian beauty queens campaign to save the...