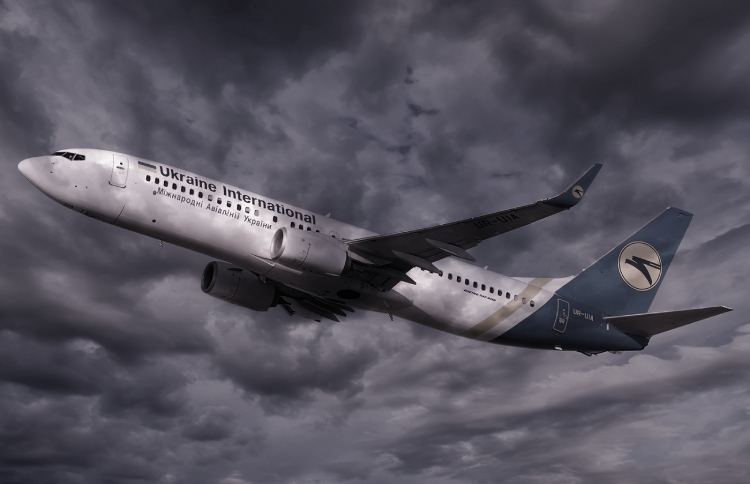 The head of the Iranian team investigating the crash of Ukraine International Airlines Flight 752 declared this week that no more documents would be shared with the Ukrainian government and that overall cooperation with Kyiv had come to an end.

This decision came after Ukraine’s President Volodymyr Zelensky spoke out on Sunday about the incident in which an air defense system controlled by Iran’s Islamic Revolutionary Guard Corps fired two missiles at the flight as it was leaving Tehran.

All 176 people on board the Boeing 737 were killed in the January 8 shoot-down, and of those, 11 were Ukrainian nationals. Citizens of Canada, the United Kingdom, and Sweden were also among the passengers, setting the stage for a multinational response to Iran’s handling of the situation. That response has included criticism of the investigation and the process of analyzing black box data recovered from the wreckage, as well as a gradual accounting of the Iranian regime’s effort to cover up the cause of the crash.

That effort only lasted approximately three days before intelligence gathered by the US and other nations demonstrated that at least one missile had struck the flight before it crashed. Radar and video evidence would later prove that the airliner had actually been struck twice, by two separate IRGC missiles fired within 30 seconds of each other. As this evidence reached the international community, Iranian officials publicly defended their initial narrative for the crash, which blamed it on a “technical problem.”

Government officials continue to insist that they were not immediately informed by the IRGC of any missile activity and that their initial public statements were justified by the evidence that was available at the time. But critics of the regime are quick to point out that those statements were made suspect by the speed with which they were conveyed to the international community. It can take days or months to ascertain the cause of a plane crash, so any narrative that emerges ahead of an investigation is likely to be unsubstantiated or even deliberately deceptive.

Zelensky’s comments on Monday pointed to the growing likelihood of the latter explanation. Those comments came one day after Ukrainian media reported on the contents of radio transmissions from near the site of the crash. Contrary to Tehran’s claim about having no information about a missile launch, the recordings demonstrate that the Iranian pilot of another commercial flight witness the missile in flight and the resulting explosion and describe it in precise terms to air traffic controllers in Tehran.

Efforts to plead ignorance were also contradicted by sources inside the Iranian regime. As Reuters noted on Monday, one IRGC commander publicly acknowledged the shoot-down soon after foreign intelligence proved the falsity of the regime’s cover story. In so doing, Ali Hajizadeh also announced that he had informed political authorities of this fact on the day of the incident.

However, even this did not seem to bring an immediate end to the regime’s efforts to conceal details of the crash. Indeed, there are strong signs that these efforts are still going on, even as they are being criticized by Zelensky and others. Tehran’s response to those criticisms only sharpens the appearance of a lack of transparency, as it was specifically in response to the apparent leak of investigatory data to Ukrainian media that Iranian officials announced there would be no further cooperation with that government.

In spite of that decision, Iran’s Civil Aviation Organization announced on Tuesday that it still had every intention of continuing to work with other countries. But in the same statement, the Iranians appeared to set arbitrary parameters for public commentary on the investigation and its outcomes. “Of course, the expectation from all parties is to avoid politicizing this accident and obstructing the technical and specialized investigation,” the statement said, without specifying what was meant by “politicization.”

In light of the move to cut off Ukraine from access to the data gathered by investigators, one might easily read the organization’s warning as a threat to cut off access to other nations as well, if they are viewed as speaking out of turn. And this threat is made more salient by the fact that Iran is still holding onto information that is crucial to any complete investigation of the crash, including the black box data.

This unilateral control over information is arguably an extension of the initial impulse to cover up the cause of the crash. But whatever the rationale behind it, it is also beginning to test the patience of other countries that are working to participate in the investigation, especially those whose citizens are among the dead.

It was reported on Tuesday that the United Nations’ civil aviation authority was sending a letter to Iran intending to urge an expeditious analysis of the black box data. The letter was prompted at least in part by complaints from the government of Canada, which lost roughly 50 of its citizens in the crash. Many of those individuals held citizenship in Iran as well, and Iranian authorities previously moved to assert control over not just the relevant data but also the bodies of the deceased by asserting that all dual nationals would be considered Iranian only.

Such displays of territoriality have naturally fueled questions about whether proper international standards are being followed in the Iran-led investigation. In meeting with the International Civil Aviation Organization, Canada’s Transport Minister Marc Garneau credited Iran with starting the process “on a very good footing,” but then expressed some doubt about whether cooperation would continue in absence of foreign pressure. “We need them to continue on that footing, especially for the analysis of the black boxes,” he said. “We’re going to continue pushing it.”

The primary issue with the black boxes appears to be that Iran is unwilling to allow any other nation to take possession of the data on them, even though information from other sources has already contributed to a fairly complete narrative of what happened to Flight 752. The ICAO’s letter to Iran specifically says that Iran should send the boxes to a better-equipped aviation organization outside of the country if Iranian investigators lack the capacity to analyze the data themselves. But Tehran has flatly refused to do so and has even complained of the US and France refusing to provide Iran with the information needed to read the flight recorders.

It is difficult to say what the Iranians expect to gain by holding on so tightly to those recorders, other than a general sense of unilateral control over valuable information. Then again, this sense of control appears to be so valuable to the Iranian regime that authorities are even motivated to assert it retroactively. That was seemingly the intention behind their arrest of an Iranian citizen who was accused of posting footage of the January 8 missile strike online.

Although that arrest was publicly announced, no subsequent reports have clearly indicated what punishment the individual might face. In any event, the announcement itself signifies a persistent interest in stemming the free flow of information, especially in situations where the Iranian regime risks embarrassment at the hands of its own people. But on the other hand, there are clear signs that the announcement has not had the intended effect of intimidating Iranian citizens into silence about the missile strike or related matters.

Within days of the IRGC’s begrudging acknowledgment of responsibility for the strike, protests were taking place on university campuses and other public venues across no fewer than 17 Iranian provinces. Participants in those demonstrations aimed for the very same lack of transparency that has lately been criticized by the Ukrainian and Canadian governments, among others. In some cases, they also condemned the IRGC itself, even tearing down memorial images of Qassem Soleimani, the Quds Force commander who had been killed on January 3 in a US drone strike.

The downing of the airliner took place just hours after the IRGC fired a volley of ballistic missiles into Iraq, targeting US military assets there. This, in turn, was preceded by a massive funeral for Soleimani, which was described in Iranian state media and some Western outlets as a sign of widespread mourning among the Iranian people. But protests over the missile strike and the regime’s cover-up helped to cast further doubt on the narratives surrounding Soleimani’s death.

Opposition groups like the National Council of Resistance of Iran accused Iranian authorities of carefully managing the funeral by making attendance mandatory for government authorities and providing material incentives for others to make themselves present on the streets of Tehran. Meanwhile, by arresting at least one person who helped to spread information about the Ukraine Airlines disaster, those same authorities implicitly emphasized the legal consequences that might face any citizens who contradicted the regime’s propaganda.

Ongoing protests stand alongside foreign pressure in challenging the regime’s control over vital information. But for the time being, Tehran is pushing back against pressure from both sides. The January protests were met with tear gas and live ammunition fired by security forces and the IRGC. And now the regime seems poised to cut off contact with any would-be foreign partners that dare to criticize past wrongdoing or otherwise “politicize” situations that Iranian misconduct created.

Of course, there are limits to the effectiveness of these tactics for repression. And those limits are sure to become more apparent if domestic activism and foreign pressure both continue to escalate.

AFP: Iran is stepping up its support for Syrian...