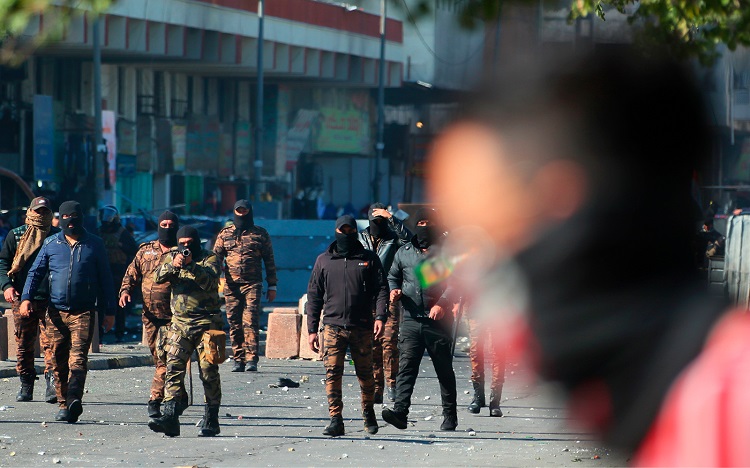 Protests in Iraq have been continuing for months now and the people are making it clear to the Iraqi government that they will not tolerate the deplorable conditions that they have been left to deal with and the widespread corruption and interference from abroad.

Showing their fury at the meddling and interference of the Iranian government, the people are torching offices belonging to the Badr Corps militia – a militia that is supported by Iran with close ties to the notorious Islamic Revolutionary Guard Corps (IRGC) and its Quds Force branch.

As a response to this, the local security forces and militia groups backed by Iran have attacked al-Ain University. A number of protesters were injured during the attacks and one died as a result of their injuries. Those involved in the incident said that the state-sponsored forces attacking the crowd are part of a group with close ties to Nouri al-Maliki, the former Prime Minister of Iraq that is widely considered one of Iran’s puppets.

Iran has been meddling in the internal affairs of Iraq for quite some time. The Iranian government has placed many resources inside Iraq and has spent huge sums of money trying to further its influence. Iran’s survival depends largely on its spread of terror and expansionism across the region. It has been defeated in most other areas of the region and the people of Iraq are determined to see the ayatollahs leave their country.

The people of Iran are also holding mass protests against the Iranian government. They have instigated a number of major and widespread uprisings over the past few years, with the most recent one really rattling the ruling system.

In the cities of Baghdad, Babylon, Diwaniyah, Maysan, Basrah and many others, many students and women have been chanting slogans against the Iraqi political figures that are being controlled by Iran.

People have been rejecting the political officials that are close to Iran. One particular figure that they despise is Hadi al-Ameri, the leader of the Badr Organisation that has been linked to Iran for decades, in particular since the war between Iran and Iraq during the eighties.

In the city of Nasiriyah, demonstrators and protesters gathered in one of the main squares. They called for the overthrow of all of the officials that are not moving the country forward with the interests of the people in mind and they also protested against the candidacy of Mohamed Tawfiq Allawi – a hopeful contender to be the country’s next Prime Minister – because of his ties to officials in Iran.

Clever Observation on the US Embassy Attack in Iraq, by Iran Regime’s Puppets

US ‘gravely concerned’ at Iran’s crackdown on rights lawyers

AFP: The United States said Tuesday it was "gravely...

The clock ticks on Iran