NYT Publishes an Article Biased Against the MEK 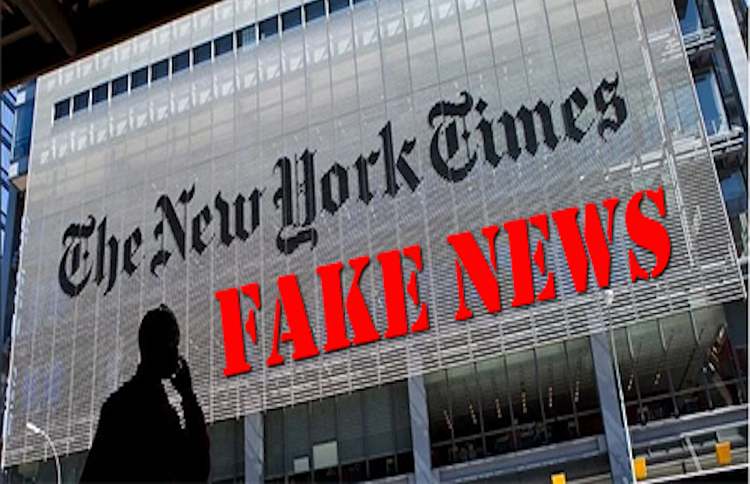 A New York Times article from earlier this month presents a completely biased and false account of the Iranian opposition Mujahedin-e Khalq (MEK).

The article, written by Patrick Kingsley and published on February 16, is so detached from reality that one can see it as nothing more than a political hit job.

For instance, Kingsley claimed that journalists are rarely allowed in the MEK headquarters of Ashraf -3, but how could that possibly be true?

He spent 9 hours as a journalist in Ashraf-3, allowed to visit any area and speak privately with anyone, even though it is well-known that the Times is biased towards the regime. He even privately interviewed a MEK member, who it is constantly claimed is being held against her will. She denied those allegations, of course.

Yet still, he tries to portray Ashraf-3, on the outskirts of the Albanian capital, as a secretive community. He even says that he saw no more than 200 people, with the rest hidden away, but what he fails to note is that he did not arrive until Saturday evening and left at 2 am on Sunday. How then was he supposed to see all these people? How important does he think he is that the 3000+ MEK  members would drop all their plans and wait up to see him, especially when he arrived without prior notice?

The MEK wrote in their response: “The article tries in a variety of ways to portray a secretive and a closed community in Ashraf-3… This is while Ashraf-3 has been visited on numerous occasions by journalists, political personalities, members of parliaments from various countries and many other citizens. Reports about these visits are publicly accessible on the internet. Only a set political agenda could have prevented the Times from mentioning those accounts.”

In fact, Kingsley even referred to the MEK as the “People’s Jihadists”, which has obvious connotations with terrorism and was created in order to link the group with the terrorism that is committed by the regime.

The regime is obviously terrified of the MEK and wants to annihilate them. They failed to massacre the group, as this only encouraged more people to support the MEK. The regime failed to launch terrorist attacks against the MEK because their agents, posing as diplomats, have been turfed out of European countries, including Albania, or arrested. Therefore, the regime turned to propaganda.

The MEK wrote: “The regime has for over two decades resorted to spreading lies – such as the MEK is a “cult” and its members have been forced to divorce their spouses – in order to politically discredit and delegitimize the organization. The claims of the Times article against the MEK are a carbon copy of the propaganda that the religious fascism ruling Iran has been attempting to disseminate by spending hundreds of millions of dollars both inside Iran and outside Iran while trying to smuggle these allegations into western media accounts.”

Kingsley turned up without an appointment and as greeted as a guest, so how can he possibly describe Ashraf-3 as “shadowy” and “tightly guarded”? Why would he not quote the Albanian residents who praised the MEK? Why would he quote the MEK for just 38 words in his 1700 word article? Why, unless the regime told him to?

The MEK wrote: “We are unaware of the behind-the-scenes dynamics that typically motivate such unfair articles… This is a development that should be censured, especially in circumstances where the Iranian people have risen up to overthrow the mullahs and establish democracy… The deadly impasse of the clerical regime, the explosive situation of Iranian society, and the growing role of the MEK in Iran’s political landscape are facts that are too stubborn to be tarnished regardless of the degree of associated prejudices or biases.”

The MEK’s true nature is reflected in its plan for free elections, gender equality, separation of church and state, freedom of religion, the abolition of Sharia law, and autonomy for Iran’s nationalities.

Reuters: U.S. economic sanctions against Iran have slashed the...