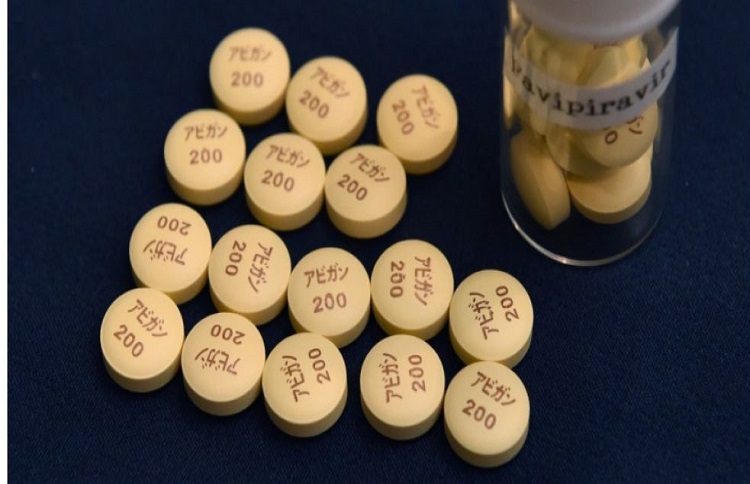 On 1 April 2020, a news item became controversial regarding the coronavirus outbreak in Iran. An Iranian doctor’s dispute with the regime’s Ministry of Health over a Japanese drug that is said to have had a positive effect on a number of patients with the coronavirus and has been able to control the disease.

Mohammad Reza Hashemian, which is one of the most skilled and efficient doctors at Masih Daneshvari Hospital in the field of coronavirus, criticized the regime’s Ministry of Health for preventing patients from being treated with the drug Avigan (Favipiravir). The doctor said that 27 from 30 patients who had used the drug, they had a definitive recovery.

Following the doctor’s remarks in cyberspace, the Ministry of Health accused him of violating the law, saying that “conducting any interviews and presenting any kind of report as a confirmation or rejection of the effectiveness of this drug has not been approved by the committee and is considered a violation.” (State-run news agency Mehr, 3 April 2020)

So far, it seems that this drug has been used both for clinical trials and for limited use for some patients. After the information became public, he has been charged with mischief.

The doctors‘ news telegram channel wrote in a post:

‘This drug has also been used to treat Dr. Velayati. It is said that the import of this number of Favipiravir was done in March 2020 with the help of Ali Akbar Velayati.

“The main reason for not delivering this medicine to the patients of Masih Daneshvari Hospital is its storage and use for the treatment of the country’s officials.”

In reaction to this, the official news agency IRNA on 3 April wrote:

“The coronavirus is undoubtedly a virus that infects everyone, just as it infected many people, including representatives and ministers, after entering Iran. Since no specific drug has been developed to treat the disease and can only be prevented by the observance of hygienic principles, some virtual channels have reported that the anti-coronavirus Favipiravir has entered the country, mainly for officials. For example, it has been used to treat Ali Akbar Velayati and has had a good response, while doctors say there is still no known drug in the country or in the world to treat coronavirus.”

But the state-run Jahan Sanat newspaper, in an article titled ‘The coronavirus is affected by drug rent ?!’ by Dr. Maryam Sadat Khorramgah, while explaining the route of passage and collection of Favipiravir drug, she wrote in favor of the regime’s officials:

On 21 March, Mohammad Reza Shanesaz, the head of the regime’s food and medicine organization, spoke of an “Iranian drug” to fighting the coronavirus and said, “The raw materials for the drug were imported yesterday.”

“In this way, the process of making a completely Iranian drug has begun, and within the next week to 10 days, we will use Iranian drugs to treat the coronavirus patients,” he added.

Adding that the drug had been tested on several patients he said, “The clinical action of this combination drug has been performed and its licenses have been obtained. The drug will be available in the next 10 days and will be widely distributed. (Hamshahri Online)

The claim of sending an Iranian medicine to the market is denied, while 13 days later, in the announcement of the Ministry of Health, clinical tests and obtaining a license for this medicine are denied: Following the interview, one of the esteemed faculty members working at Masih Daneshvari Hospital in Tehran regarding the drug (favipiravir), he announces that the drug has not yet been imported into the Iranian Pharmacopoeia and is currently being used as a drug in a clinical trial and has been provided to several medical centers, including Masih Daneshvari Hospital. So far, no results have been reported to the committee. Therefore, conducting any interviews and submitting any kind of report as a confirmation or rejection of the effectiveness of this drug is not approved by the committee and is considered a violation.” (Announcement of the Ministry of Health, Hamshahri online, 3 April 2020)

The truth of the ‘Iranian medicine’ is exposed

After the claims of the head of the Food and Drug Administration, Faramarz Ekhterai, the president of the Syndicate of Pharmaceutical Raw Materials Manufacturers, said about the production situation of Favipiravir in Iran:

“It is not easy to produce the drug in the country immediately after the comment of someone, this drug is not FDA approved and is made by Fujifilm of Japan and the Japanese regulator has approved it and in China, with the spread of coronavirus, its approval was also issued in China, which has received a positive result.”

The interesting thing is that he said: “At the same time, Iran requests this medicine from China for research and 15,000 doses of the drug were given to our country and used in several hospitals for clinical trials.”

Even more interesting is that it seems that this so-called ‘Iranian drug’ according to the head of the Food and Drug Administration, is the Japanese Avigan drug, and China has received it and the regime took it from them and is just used to cure the regime’s officials:

AFP: China has urged Iran to resume negotiations with...

Reuters: Iran will pursue its nuclear path, the country's...