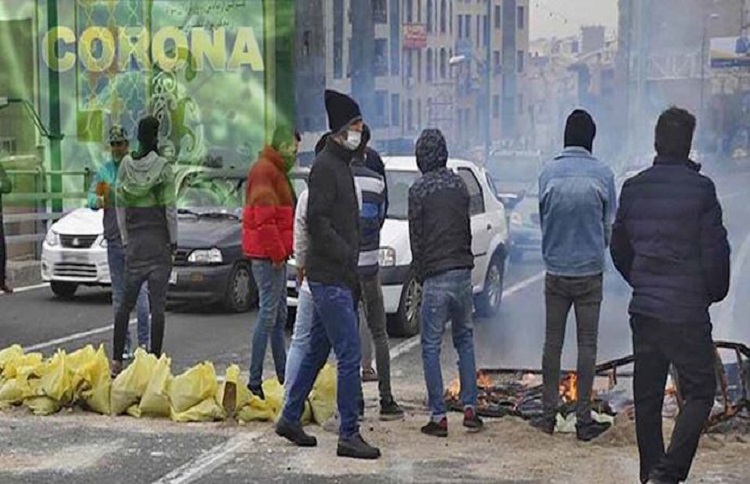 Fifty leading economists in Iran have warned President Hassan Rouhani about the possibility of protests following the end of the coronavirus crisis over the horrific state of the country’s economy.

In an open letter, they said that economic grievances following the coronavirus outbreak could mean protests in Iranian cities.

This should worry Rouhani because in November 2019, the last round of economic protests sparked by the tripling of fuel prices, the Iranian people launched a nationwide uprising.

The protesters took to the streets in their hundreds of thousands, burning dozens of state-owned banks, gas stations, and the bases belonging to the Revolutionary Guards (IRGC) and the paramilitary Basij forces.

The so-called security forces shot and killed at least 1,500 protesters and civilians, wounded 4,000, and arrested 12,000, according to local reports. The government has never announced the number of deaths.

In the letter, published on April 3 in Iran’s state-run media, economists said that the coronavirus crisis would bring:

The economists advised that Rouhani give “each citizen two one million tomans” loans during this quarter to buy goods and stimulate the economy. They also said that impoverished Iranians, which is 80% of the country, should be given financial aid by the government, particularly those who have lost their jobs.

This is truly serious. Iran News Wire reported that because of a lack of aid, locals are waiting on the streets hoping to be hired for a few hours work, despite the risk of being infected with the coronavirus.

In a televised meeting on Sunday, it appeared that Rouhani was ignoring this advice. Instead, he announced that “low-risk” economic activities would resume in all provinces bar Tehran on April 11, which is Saturday. While businesses in Tehran would resume work on April 18.

During this meeting, Rouhani failed to not whether his request to withdraw $1 billion from the National Development Fund was approved by Supreme Leader Ali Khamenei.

Rouhani made the request in late March, saying that it would fund the struggling healthcare system and provide unemployment insurance for Iranians, but it has not yet been approved.

Because of widespread poverty and a lack of a safety net, Iranians are forced to choose between their health and losing their jobs, which would leave them unable to for necessities. Millions are forced to work outside their homes to make a meager living, which puts them and their families at risk.

The National Council of Resistance of Iran says that the coronavirus death toll is currently 18,600.

Iran Is Harassing the US, the UK and Their Allies in the Gulf Region