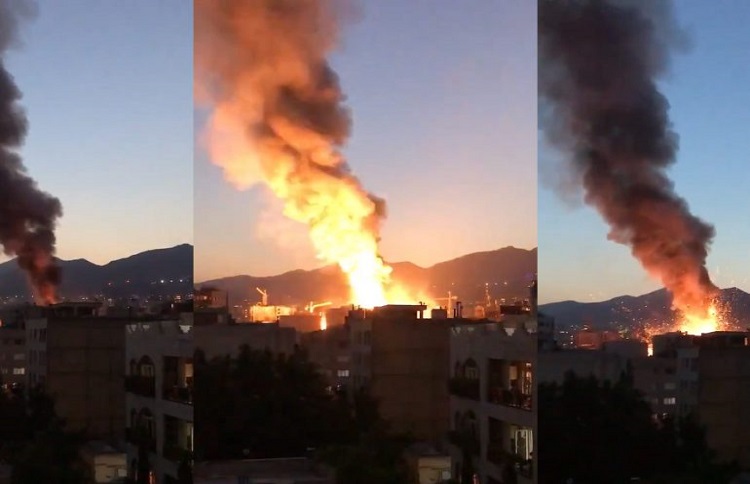 A major explosion shook northern Tehran on Tuesday evening, killing 19 people and injuring 14, as black smoke filled the air. Of those who died, 16 were women and three were men.

According to Deputy Minister of Health Iraj Harirchi, the blast came from Sina Athar Clinic on Shariati Avenue in Tajrish and several nearby buildings were severely damaged. Other reports show that the women trapped there tried to break the windows with bare hands to get out. The regime prevented emergency forces from rescuing people there and tried instead to quell protests.

Here are the names of just some of those who died due to that decision:

The authorities haven’t produced an initial report regarding the cause of the explosion, but the emergency services are warning that there could be more explosions at the site.

The Sina Athar Clinic is a medical facility, but a severely outdated one with old equipment that was not renovated to meet safety standards. The Iranian Resistance says that if the cause of the explosion or the high death and injury count was due to the site not meeting these basic standards, then the regime should be held to account, especially when you consider that the regime had plenty of money – stolen from the Iranian people – to spend on:

The Resistance wrote: “Shouldn’t this money be spent for the good of the Iranian people? And why does the mullahs’ regime spend millions if not billions of dollars for housing projects, schools, mosques, and hospitals across the Middle East and even in Africa? As long as such policies continue, the Iranian people will continue to suffer.”

Images show devastation at Iran base after blast

New York Times: The large, deadly explosion at an...