Tortured and raped for protesting in ‘Doghouse’ prison

Iran Focus: Tehran, May 28 – Inmates of a prison cellblock in Karaj known as the “Doghouse” are harassed and tortured; their hands, feet or jaws sometimes broken in brutal treatment by the head of the unit, where they are sent for protesting, Iran Focus has learnt. 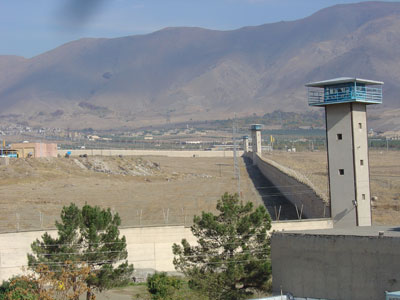 Tehran, May 28 – Inmates of a prison cellblock in Karaj known as the “Doghouse” are harassed and tortured; their hands, feet or jaws sometimes broken in brutal treatment by the head of the unit, where they are sent for protesting, Iran Focus has learnt.

Saman Mohammadian and Mohsen Bigvand, two of the Gohardasht Prison inmates in question, are currently hospitalised in the infirmary, and more than a dozen are in solitary confinement, according to human rights and democracy activists in Iran.

Another of the many Doghouse prisoners tortured is Bahram Tasviri, a 30-year-old who has been jailed for six years. Tasviri was thrown in solitary for five days about six weeks ago after protesting insults by Yusefi, a prison official, against his family.

Tasviri requested to call his family but prison officials refused. According to the reports, the Doghouse head, Hassan Akharian, called Tasviri’s mother and told her that her son had passed away and his body was in the hospital for them to collect for burial. Tasviri’s mother had a heart attack and was hospitalised after hearing this news.

Akharian then told Tasviri that his mother had been hospitalised. Tasviri asked to call his family and again he was denied the phone call. This is while his five days in solitary had ended and he was going into the seventh day. But prison officials refused to take him out of solitary. He then asked to see the prison warden, but this request was refused as well. Finally to end the intolerable condition in which he was kept, Tasviri immolated himself. Prison guards stormed his cell and sprayed pepper gas in his eyes and beat him in the face and head with clubs.

Tasviri was taken to another cell used for torturing prisoners while his body was burned. He was shackled and blindfolded and tortured for a long time with clubs. His hands and feet broke as a result. Then he was stripped and sodomised with clubs by Mirza Aqayi, the officer in charge, and two guards named Yusefi and Shirkhani. This defenceless prisoner passed out as a result of the torture and the guards splashed water in his face until he came to and repeated the sexual torture. All the tortures were carried out under the supervision of Hassan Akharian.

Tasviri was then taken back to the solitary cell. He was stripped and left without any covering or blankets on the cement floor of the cell which was dampened by prison guards. Tasviri was kept in this condition for one month with a broken hand and foot and while his body was injured, bruised and bloody. His feet became infected after a while and he went into a coma and prison guards were forced to take him to the infirmary. The infirmary at first refused to take him in because he was near death and did not want to take his responsibility. Finally Dr. Razavi took him in and after he became conscious, told prison officials that he needed an urgent surgery. But Akharian refused and threw him in solitary again until after two days, he was taken for an operation because of pressure from the infirmary.

The Tasviri family filed a suit against the crimes committed against their son in prison and Bahram Tasviri also filed a complaint to the prison inspection department. A person by the name of Reza Torabian has threatened him that if he does not take back his complaint, he will have to face the consequences. There is a chance he will be killed in prison.

On Saturday and Sunday, Akharian beat Tasviri again in front of other prisoners with a baton, trying to pressure him into taking back his complaint.

Other prisoners have the same situation and a number of them are still in solitary. They are Ahmad Ashkan, Reza Jalaleh, Majid Afshar, Mohsen Bigvand, Taqi Nazari, Mehdi Surani (his jaw broke as a result of the tortures and he is in solitary), Qeisar Ismaili, Majid Mahmoudi, Naser Quchanlou, Hossein Karimi, Hamid Ashki, Shir-Mohammad Mohammadi and Hassan Sharifi who has been kept in solitary for six months for no reason and is tortured on a daily basis.

New York Times: A new report from the Central...