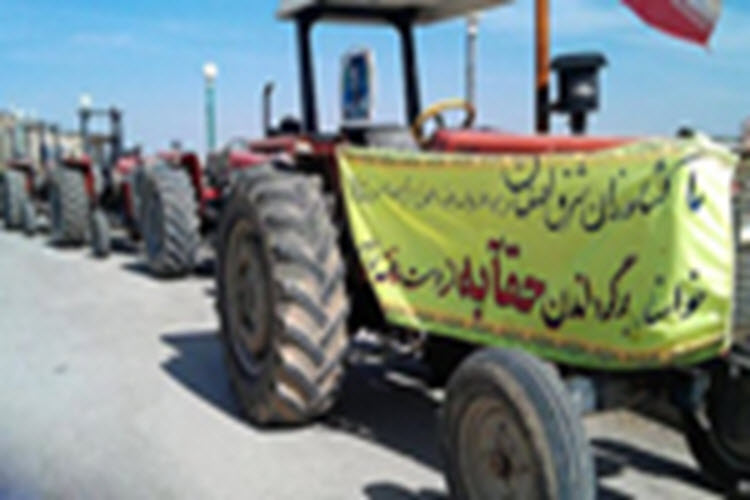 London, 30 Aug – Iran has witnessed a spate of protests by various sectors of society, the opposition National Council of Resistance of Iran (NCRI) said in a statement which appeared on its website on Saturday.

Various groups have been protesting against low wages, tax extortion, oppression, the rise in the cost of student fees, the theft of personal property by thugs associated with the regime and the appalling lack of amenities like water, according to the NCRI. Protests have also been held in solidarity with those that have been imprisoned by the government.

There were protests against the sacking of workers from industrial complexes in Tehran, Arak, Kermanshah Bisotun, Karun, Sanandaj and Islamabad. More protests were held against water stress and drought in various parts of Tehran, Chaharmahal and Bakhtiari and in the cities of Karaj, Qorveh, Jahrom and Ardabil.

Other protests were held against governmental extortions and pillaging of their property in Tehran, Mashhad and Ardebil. Shopkeepers in the town of Javadiyeh protested against tax officials and clashes were reported. Environmentalists in Ahwaz protested against pollution and neglect by the authorities.

Labour protests have led to major clashes between workers and the “repressive forces”, the NCRI said, highlighting one such case in “Mian Ab Sugarcane Industries Company” near Shush. Several workers who had been dismissed gathered in front of the building but were attacked by security forces who also made several arrests. Family members subsequently joined the protest and one woman was badly injured and required hospitalization.

This magnitude of protesting is a clear indication to the gravity of the economic crisis in Iran, which is a direct consequence of the corruption and looting carried out by the inhuman regime ruling Iran, the NCRI said. It is also a clear indication that President Hassan Rouhani’s promises of economic revival are “nothing but a deception”. This regime clearly cannot resolve the social and economic suffering the Iranian people are having to live with – the regime only responds to the protests with more brutal repression, it added.

New York Times: The most important group of religious...