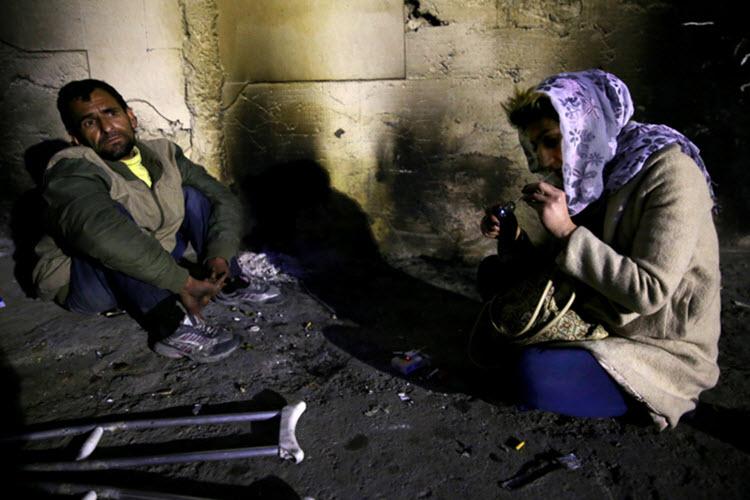 London, 29 Jun – Officials in the Iranian Regime have been forced to acknowledge that drug addiction rates in their country have more than doubled since 2011.

There are now 2.8 million people in Iran who regularly use drugs, according to a report by the Drug Control Organization, compared with 1.3 million just six years ago.

Drug Control Organization spokesman Parviz Afshar said: “Studies of the country’s population between the ages of 15 to 65 has shown there are 2,808,000 drug addicts in Iran.”

This means that roughly 4% of Iranians are addicted to drugs.

However, according to other sources, the real figures may be up to 30% higher because the social stigma and criminal penalties of drug addiction in Iran may have caused people to lie about or underreport their drug use.

Saeed Safatian, head of an anti-drugs working group in the Expediency Council said: “The number of 2,808,000 drug addicts announced recently is not correct and another 20 or 30% should be added to this number.”

Safatian said that the study did not ask about other drug users that the respondent knew.

He continued: “Nearly 10 million people are in some way addicted to drugs.”

Many drug-related crimes are subject to harsh penalties under the Iranian Regime, including imprisonment or execution.

However, the Iranian Revolutionary Guards Corps (IRGC), cited by WikiLeaks as the world’s biggest drug dealers, escape prosecution because they are sanctioned by the Regime and they money raised goes to terrorism and repression.

It is highly possible that the Regime is downplaying the actual number of addicts in order to hide the role of the IRGC.

The Regime benefits from having a large section of the population that is largely incapacitated.

Heshmat Alavi, a human rights activist, wrote on Blasting News: “Unfortunately, the regime in Iran prefers to have the youth involved in drugs to quell their voice and silence any questioning of the mullahs’ rule.”

That is why we must support the Iranian Resistance and its elected leader Maryam Rajavi, who currently serves as a government-in-exile and have a ten-point plan to create an Iran for the 21st century, which includes the end to the death penalty, better protections for the poor and vulnerable, and better healthcare for the Iranian people.

On July 1, the Resistance is holding a Free Iran rally in Paris with over 100,000 dignitaries, politicians and activists in attendance. The Iranian people want regime change and the Resistance will provide that.

Reuters: Iran is preparing large amounts of uranium for...