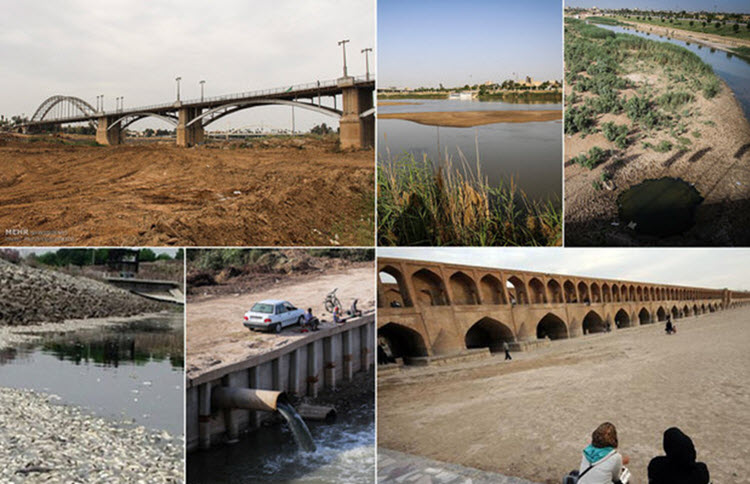 London, 29 Jan – Four in five Iranians will experience problems accessing clean, safe, drinking water at some point in the next two years, according to the Iranian Parliament’s Research Centre, which will provoke mass unrest among the population as they struggle to survive.

This stark warning came from a report about the drought in Iran this summer, which caused what’s been described as Iran’s “worst” water shortage, with 46% of the country (roughly 37 million people) without easy access to drinking water.

The report, commissioned in response to recurring droughts in recent years, read: “As a result of the drinking water crisis, some cities [quickly] saw scenes of unrest, creating [security] challenges for the authorities.”

While the droughts are largely thought to be a result of global climate change, the government’s response has only made things worse. They have no climate change policy, are imprisoning environmentalists who point out the problems, divert water towards ethnically Persian provinces or government factories, and crack down violently on legitimate protests.

Last June, police and Revolutionary Guards in Khorramshahr opened fire on a crowd of people protesting the drinking water shortage, killing one and injuring several. This was not an isolated incident.

What is the Current Drinking Water Crisis?

In total, during the summer of 2018, 34.5 million Iranians across 334 cities were affected by water shortages, with a further 2 million people in rural areas also suffering. That’s almost half of Iran’s total population.

The report warned that by 2021, given an urban population growth of 1.32% per year, the drinking water system will need to accommodate 63.2 million people, and, assuming that current trends continue, 15 million more people will suffer from drinking water shortages. This means that 433 Iranians, with a population of 50 million (80% of Iran’s total population), will face a drinking water crisis.

However, things may be much worse if there is a marked increase in population or water diverted to industry or if there’s a decrease in rain due to climate change, something warned about in a 2015 study by the World Resources Institute.

Simply, the storm clouds are gathering above Iran, but they bring no rain. The government failed to take the crisis or their people’s concerns seriously and now the government will face the thunderstorm of a furious populace pushed to the brink.

The government’s mismanagement of the crisis will continue until the mullahs are forced from power, which should be any day now.