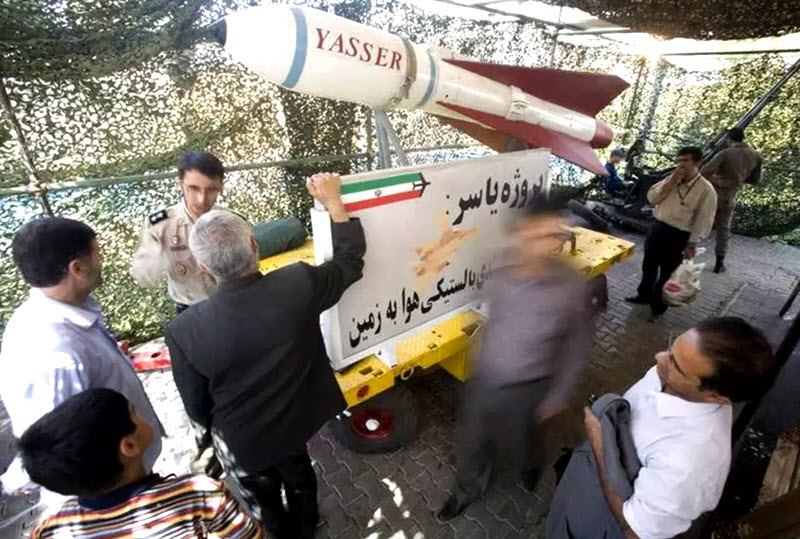 London, 30 Jan – The EU has been working hard to uphold the landmark The Joint Comprehensive Plan of Action (JCPOA), commonly known as the Iran nuclear deal after the Trump administration announced the US exit and re-imposition of sanctions last May. Last week, however, the EU took a harder line with Iran over its ballistic missile testing and its global support of terrorism.

France has announced that it will impose new sanctions on the Islamic Republic if it fails to make concessions regarding its ongoing ballistic missile tests, and Germany has announced that it has banned flights by Iran’s Mahan Air airlines because it continues to be involved with exporting weapons and terrorism to Syria.

In response, Tehran threatened to reevaluate its relations with each country, leaving its intentions open to interpretation.

Three weeks ago, the EU recently sanctioned and froze the assets of the Directorate for Internal Security of the Iranian Ministry of Intelligence and Security, and two individuals identified as Assadollah Asadi and Saeid Hashemi Moghadam, for their involvement in alleged assassination plots on European soil. Soon afterward, France and Germany announced that the EU was nearly ready to roll out a new plan to circumvent US sanctions and promote trade with the Islamic Republic.

Analysts believe that the EU is using a carrot and stick approach with Iran. Europe is drawing the line on global terrorism, but will reward Iran with a special purpose vehicle (SPV) for upholding the international agreement that prevents the country from developing nuclear weapons.

Prior to abandoning the Iran nuclear deal, the US was negotiating with the EU about trying to coordinate pressuring Iran to fill gaps in the deal, like reducing Iranian global terrorism and getting it to stop its regular stream of ballistic missile testing. That the EU chose to remain in the agreement angered the Trump administration.

But now, France and Germany have confronted Iran over ballistic missile testing, and promoting terror in Syria. While the EU is saying that it will stand with Iran by operating a special purpose vehicle (SPV), at the same time, France and Germany just challenged Iran.

Several questions remain, such as, what caused the EU’s change of heart? As well,
Regarding this confrontation, Iran may change its behavior. That it would discontinue missile testing and promoting terrorism would be the best outcome. However, Iran may choose to leave the dealership, although Tehran’s previous threats about leaving the nuclear deal have only been bluffing.

The EU may consider minor changes from Iran to be enough to step back its threats, and continue to move forward on trade with Iran that undermines US sanctions. The eyes of the world should be focused on EU / Iran relations.

Quakes cause injuries in southern Iran

By Pooya Stone An Iranian political prisoner has written...