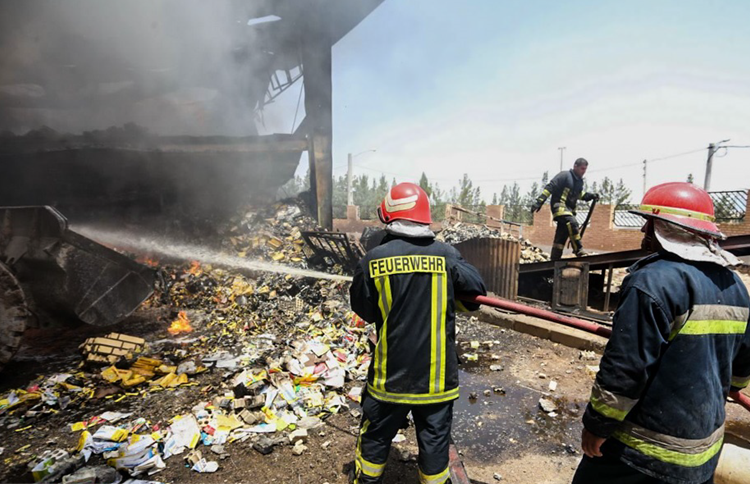 Seventeen workers were injured after a fire broke out at a production unit in the Shokoohiyeh district of Qom city, central Iran, on Wednesday, July 3.

Lack of environmental safety and poor work conditions often cause similar incidents in Iran and endanger the lives of workers. Workers and labor activists often stage protests to the lack of safety measures, safeguards and insurance.

Iran is ranked 102nd among the countries of the world in terms of safety issues.