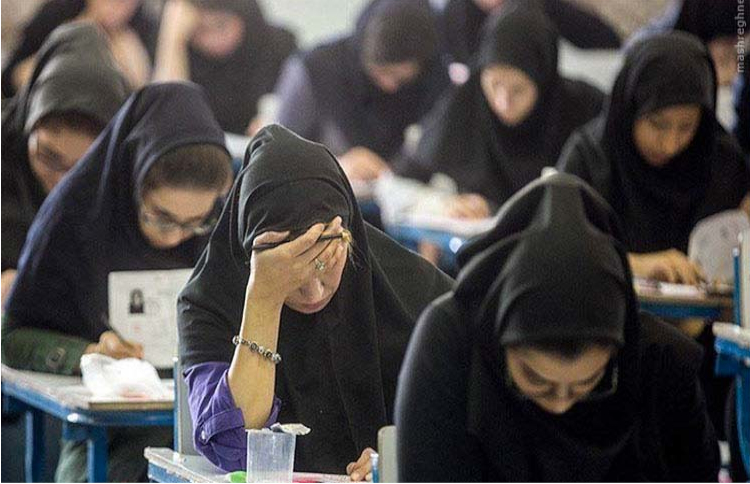 The Iranian government is implementing harsher regulations to control the political behaviour of university students regardless of whether or not they engage in protests.

The amended regulations, passed by the Supreme Cultural Revolution Council’s Committee for the Islamization of Universities of Iran on April 21, allow universities to punish students for their peaceful online activities.

This decision came after dozens of university students were during the nationwide uprising in December 2017.

Student rights activist and lawyer Mohammad Ali Kamfirouzi said that the new regulations were “introduced under pressure from outside” the academic sphere and that it has led to more arbitrary and harsher confrontation of the students.He continued to say to the students’ right to protest is more limited than it was previously.

However, the rules do not define what “unethical” means in the context, which sets the scene for arbitrary decisions.
Kamfirouzi said: “It has been unprecedented in ‘academic disciplinary regulations’ in the Islamic Republic to refer to terms, such as ‘keeping illegal and unlicensed media products,’ disregarding dress codes,’ and disseminating unethical subjects on cyberspace.”

While Danial Eslamipanah, the deputy chair of the Union of Political Organizations at Islamic Azad Universities, tweeted: “The addition of cyberspace violations to the disciplinary rules not only interferes in students’ privacy but also undermines their independence and freedom.”

These new regulations also show the extent to which security organs intrude into the lives of the Iranian people and prosecute them without due cause.

The previous version of these regulations obliged the Secretariat of Disciplinary Committee to inform a student about the reason for the summons before a disciplinary hearing session, but the amendments have removed this, so now a student can be caught off guard and found guilty.

In one case, the disciplinary committee of the Babol Noshirvani University of Technology suspended an unknown number of students on January 15 for posting personal photos from a family gathering on Facebook.

Reuters: An Iranian nuclear scientist was killed by a...

AFP: With the grueling presidential race over and victory...