Hundreds, Including Kids, Infected with HIV in One Iranian Village 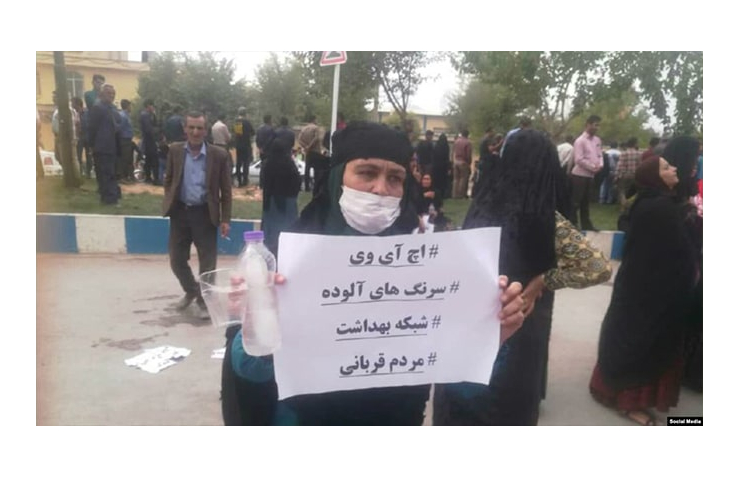 At least 300 people, including children, are thought to have been infected with HIV in the Iranian village of Chenar Mahmoud, Lordegan, due to health authorities using contaminated syringes.

The villagers cite medical negligence in the local health care system in Chaharmahal and Bakhtiari province as the cause of the outbreak, saying that people contracted HIV from the needles that the village’s health organization used to test for diabetes two months ago.

The incident also affected the residents of neighboring villages.

A crowd of residents, mainly women, held a demonstration on Wednesday in front of the governor’s office and the health ministry’s office in Lordegan, to protest the authorities’ unhealthy practices that resulted in the outbreak.

One villager said: “The people of Chenar Mahmoud are scared. Many refrain from taking blood tests out of fear of finding out they have been infected. Every family of two or three has become inflicted with the virus. Anyone who has taken the test has turned out to be positive. And no one asks this regime, why do you need to test a nine-year-old kid for cholesterol and blood sugar and inflict them with AIDS.”

Meanwhile, Iranian officials in Lordegan began blaming each other for the outbreak, refusing to take personal responsibility, and one official even blamed the health administrator of the village.

Some officials have even chosen to blame the HIV contamination on drug addicts and sexual immorality in the village, something villagers vehemently deny. The residents restated that hundreds of people were infected after a diabetes test.

During the protest, one of the residents said: “The health ministry came to our village for free blood sugar and insulin tests. The syringes they employed had already been used and were infected with the virus. Anyone who was tested became inflicted with an unknown virus. Some people say it’s HIV. Some say it’s a similar virus. Now, after a few weeks, they’ve brought in a doctor from Tehran to test the residents and figure out which virus it is.”

While another said: “Until this moment, 500 people have been tested for HIV and they’re all positive. The health ministry is not assuming responsibility for anything. Officials are saying we didn’t distribute the syringes. The local authorities aren’t taking responsibility either and are blaming central health authorities.”

It is clear that this, given the facts above, is the result of the government’s incompetence.

AFP: Iran on Tuesday called for the Organisation of...